The road for the ALIENS franchise has been rough since the release of ALIENS back in 1986. Back in the early 1990’s, it was believed by 20th Century Fox to be the perfect time to expand the brand with the upcoming release of ALIEN 3. While many of us ALIENS fans are aware of the 1992-1995 Kenner toyline, what I did not know was the 20th Century Fox plan to incorporate a Saturday afternoon cartoon series to promote the toys and the 3rd film. While some may lament the loss of this ALIENS product, I think we can all breathed a sigh of relief. We missed a bullet, my friends, an big fat techno-colored bullet. Everything about this aborted ALIENS cartoon seems wrong, forced, and fake when compared to the dark science fiction horror masterpiece that was 1986's ALIENS. So, in this installment of FWS Military sci-fi Oddities blog serial, we will be seeing what we missed out on with the attempted Operation: ALIENS cartoon. In the near future, FWS will be discussing the Kenner ALIENS toyline in a Military Sci-Fi Toys blogpost.

What was Operation: ALIENS?

This was an stillborn American cartoon series done by Korean animators and to be aired in the 1130am time-slot in the Saturday morning cartoon schedule. Its aim was to market the ALIENS brand to the 6-12 boys demographic and promote the upcoming ALIEN 3 film. Kenner was also tapped to product the toyline. Due to the pilot episode was never seen or maybe never finished, the basic story of the cartoon was never fully fleshed out. Operations: ALIENS would have featured some of the core characters from the ALIENS movie: Ripley, Drake, Apone (who wears an "NO BUGS" t-shirt), Hudson, Bishop, Vasquez, and Hicks. Reality was never the cartoons strong suit. It is believed that the Marine characters would have been formed into an ALIEN emergency response unit with special abilities, machines, and talent. So, Xeno outbreak? Call Operations: ALIENS! One call destroys them all! The cartoon was still underdevelopment in late summer, even after ALIEN 3 had bombed at the cinema and then was cancelled.

The Historical Context of Operation: ALIENS 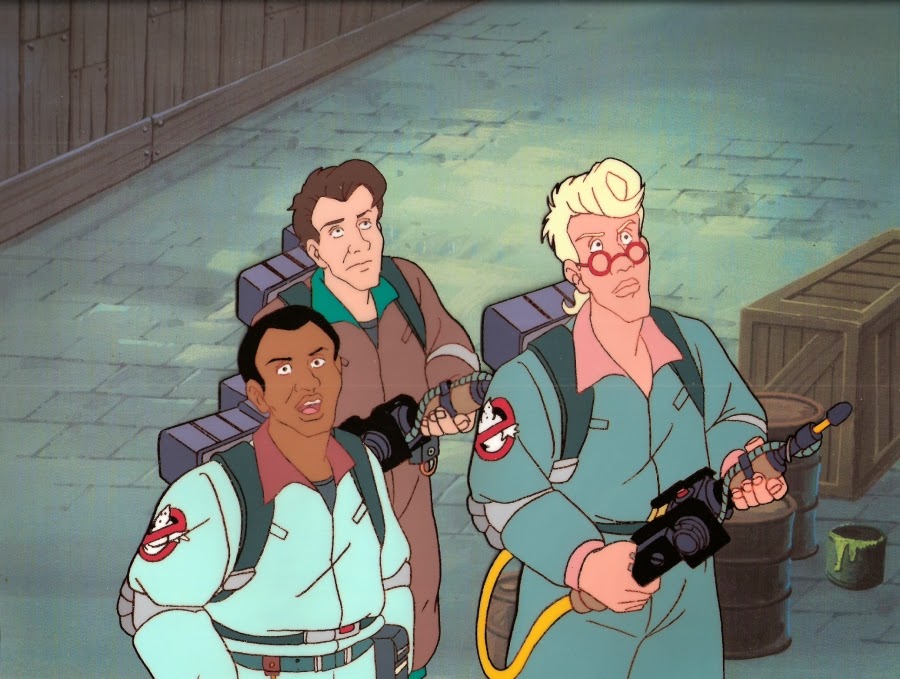 As previously stated in the GI Joe Star Brigade blogpost from last month, the early 1990’s were a time of great uncertainly for the major toy companies. The 1980’s apex of 6-12 boys’ toys was fading with the decreasing popularity of GI Joe, He-Man, and Transformers, the toy companies attempting to bring new items to market. Replacing the older 1980’s toys, were the popular Teenage Mutant Ninja Turtles and the Mighty Morphing Power Rangers toylines. During this period, Hasbro acquired Kenner, as 20th Century Fox was gearing up to bring ALIENS to Saturday Morning Cartoons and Kenner was tasked with bring the space monsters and space marines to the toy stores. Hasbro believed that they needed to response to Kenner’s and 20th Century Fox’s plans with their own GI Joe space soldiers-vs.-aliens toyline. Like many of the successful previous toylines, Kenner and 20th Century Fox were developing ALIENS cartoon series for the 6-12 age demographic. However, by this time, the tie-in cartoon series sales strategy was waning in popularity and effectiveness. It was also during this period that the ALIENS universe was also gearing for a new movie, the first one since 1986’s ALIENS, and hopes were riding high on it. Adding to this was the popular Dark Horse ALIENS comics and continued sales of ALIENS models.

Why is Operation: ALIENS an Military Sci-Fi Oddity? 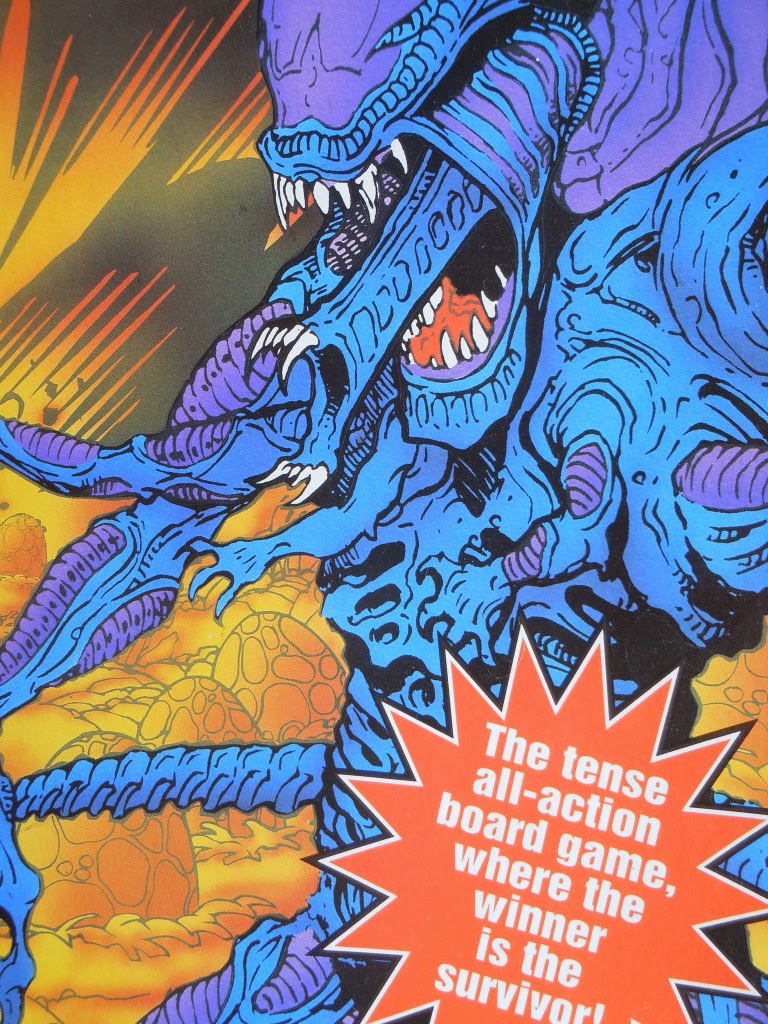 As one internet review simply stated, Operations: ALIENS was ALIENS lite for kids. At its heart, this project was envisioned by 20th Century Fox as an animated TV kids' show with an accompanying toyline featuring one of the deadliest creatures in the known galaxy that preys on humans for breeding shock? And not only that, but the Xenomorphs spend most of the films stalking and killing humans with grim, bloody effectiveness, and somehow that seemed like a great concept for a kids show to the suits over at the studio? What the frak? To be honest there was some precedent for this idea. The film Ghostbusters was altered to conform to a successful toyline and cartoon, along with Rambo and Robocop...but these works were not ALIENS. The mere idea of detuning ALIENS for a kids' cartoon is beyond batshit crazy odd to me, and when I learned of this...I thought it was a joke. I mean, did the suits even watch the films? This was an half-baked idea if there ever was one. More over, this series and the toyline resurrected the core dead Colonial Marine characters from the 1986 film and washed them out of their personality and stuck them into this kiddie-light version of the ALIENS universe. This seems in bad taste, especially given how beloved the characters are by us ALIENS fans. I felt betrayed when I saw the toys back in the 1990's, and after seeing what they were going to do, I was insulted. Besides the obvious, Operations: ALIENS is an oddity because it mocked the original work and milked the core elements to sell it out on the street like some cheap whore.

What Happened to Operation: ALIENS? 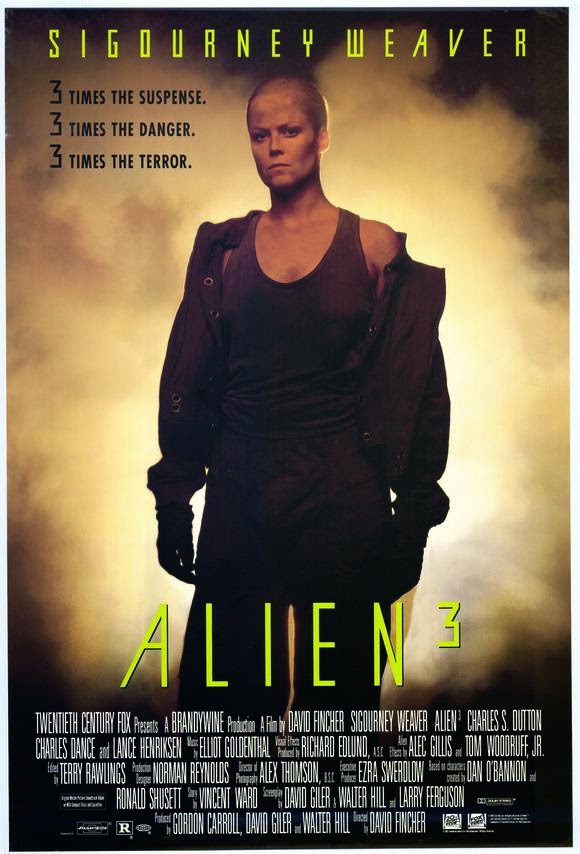 In the simplest of terms, the cartoon was stillborn. For some unconfirmed reason, 20th Century Fox pulled the plug on the pilot episode and all other work related to the Operation: ALIENS cartoon. Even in the age of the internet and video hosting websites, the pilot episode has never been seen. We have no idea of what this cartoon series would have looked like. The question is why Operations: ALIENS was cancelled? There are no confirmed details released, and this has led to much speculation. The most popular and likely theory is that with ALIEN 3 sinking at the box-office in summer of 1992, there was no disturbing or even interest in an ALIENS cartoon, and 20th Century Fox cut their losses, and moved on. Other theory is that the concept of a dumbed-down ALIENS cartoon for the 6-12 year old boy market was undeliverable and there was simply no show to develop with the concept and was seen as a creative dead end. This works with the theory that the suits over at Fox saw the pilot and killed it before the monster was unleashed on the Earth. After all, fans were very upset with the ALIEN 3 film, and some felt that this cartoon would have further alienated the core fans and future fans. If it was cancelled, then why was there toys and not a cartoon series? That was because by the time the studio made up their minds to end the cartoon, the toys were in the stores and Kenner could not simple withdraw the toys. The original 1992 toyline packaging carried the name Operations: ALIENS until 1993. So, where is the pilot? It is likely that master tapes that contain this unholy spawn are locked away in some 20th Century Fox warehouse in Hollywood, like that final scene in Raiders of the Lost Ark. Or it could be in some South Korean studio room, packed away in a box. However, while the cartoon was cancelled in the summer of 1992, we still have pieces of this cancelled project…

The Remnants of Operation: ALIENS
With the sudden cancellation of the Operations: ALIENS cartoon project in late summer 1992, it was not a simple matter to cancel the entire endeavor all together, and some of the remnants of the stillborn cartoon series made it to market, besides the Kenner toyline.

The 1994 Trading Cards by Den Beauvais 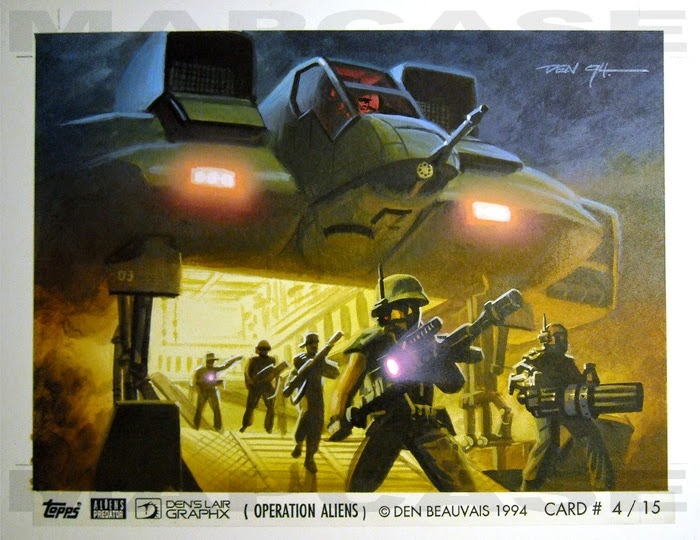 Sometime two years after the mercy-killing of the Operations: ALIENS cartoon, noted artist Den Beauvais, who illustrated some of the early Dark Horse ALIENS comics was commissioned by Topps card in 1994/1995 for a series of ALIENS themed-cards. The series seems to be based of the 1992 Operation: ALIENS, and incorporate elements of the settings and characters, The thing is that these cards portray a more interesting story than the mini-comics or the attempted cartoon. These are beautifully done and look better than anything else that was tied to Operations: ALIENS.
The Operations: ALIENS Combat Board Game 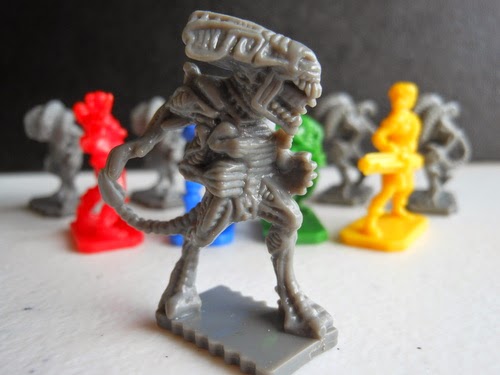 One of products that was directly tied to the aborted cartoon was the 1993 Operations: ALIENS Combat Board Game developed by Peter Pan Playthings. Built for 2-4 players who used nicely done plastic Marine characters along with Ripley to navigate an infested human vessel. The heart of the game mechanics is roll-and-move-with-cards variety. There were two card types: event and ALIEN cards. When Xenos and Space Marines are in close proximity, they fight using a two dice rolling system...which only one dice was included. The end goal is to collect pieces of an the self-destruct code, and once that is achieved, you make to the bridge, enter the codes and man the escape pods. To be honest, this sounds like the much better 1987 Xenophobe video game. One of the few reviews online about the game talks how simple this game was and how underdeveloped portions of it were. Some cards lack art, and overall the game was lacking polish. According to this review, the board game as in development for sometime, and almost wasn't released. 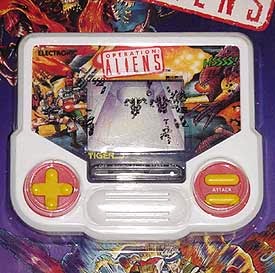 Prior to the revolution in handheld gaming or even phones, TIGER Electronics was infamous for developing simple gaming systems for any client or product. These were very simple gaming platforms and were cheap, and found seemingly everywhere. For some products, this was an easier way to break into the video game market at less cost, and Operations: ALIENS was wanting to spread their message into the video game market before developing their own proper Operations: ALIENS video game. Yes, there were rumors of an mainstream Operation: ALIENS video for then current home gaming consoles. This TIGER handheld game was never released, due to the cancellation of the cartoon series, but it looks like it was in the final finished stage prior to full scale production. 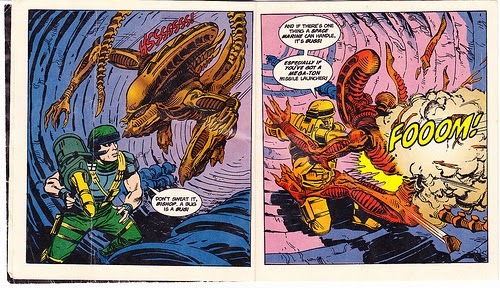 Packaged in the original release of the Kenner ALIENS toyline in 1992, was a series of mini-comics depicting the world of Operation: ALIENS. Mini-comics are not a new concept, ATARI used mini-comics in several of their 2600 releases and were believed to be a good way to further connect the brand and develop play situations. This was also a way to develop the world of Operations: ALIENS, which was a separate reality to the rest of the ALIENS universe. I read these online via scans of the original mini-comics, and they are just shit. Pretty shit. The setting and dialog are simply stupid, and the Colonial Marines are called Space Marines. Someone alert Games Workshop! This only furthered my sense of betrayal. 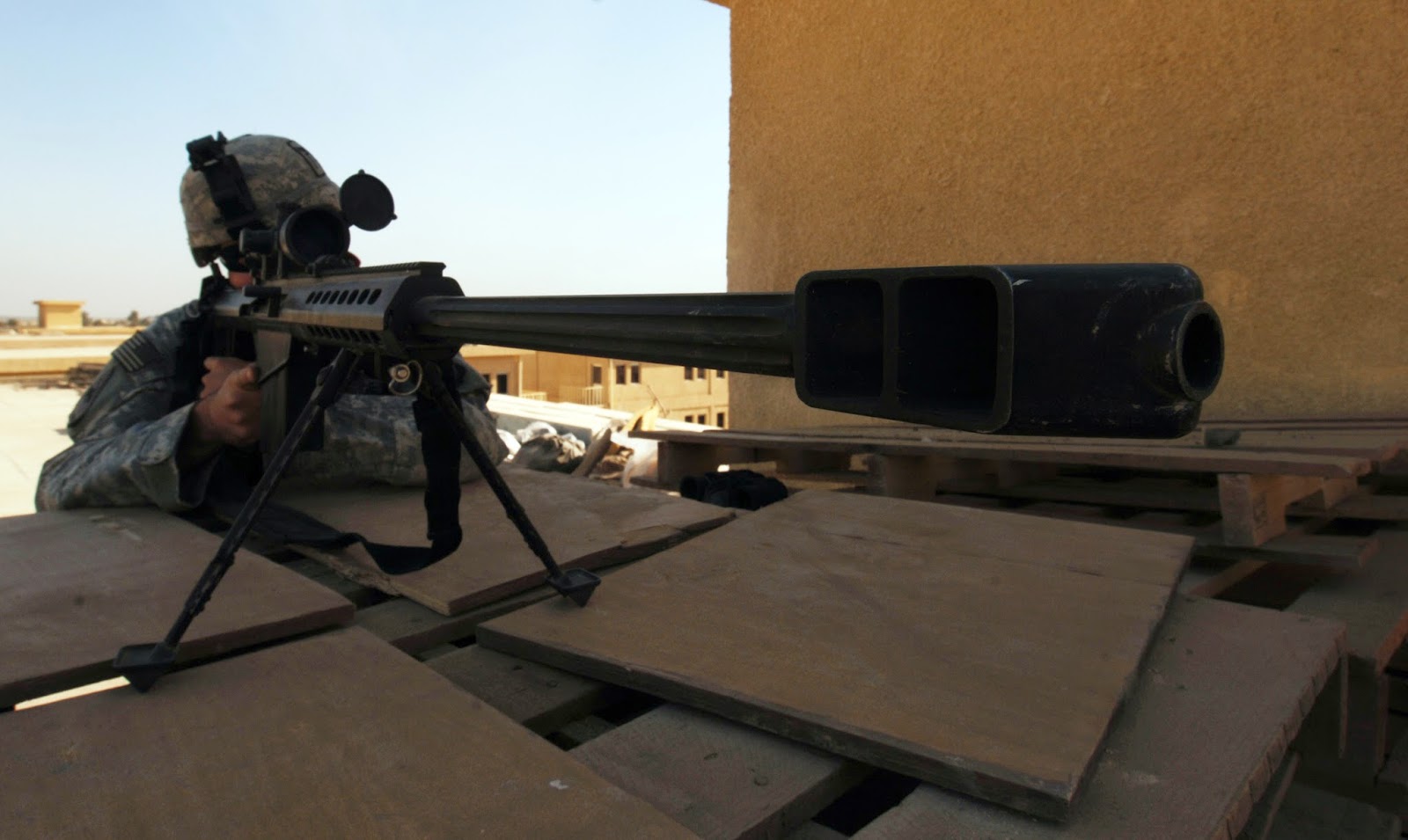