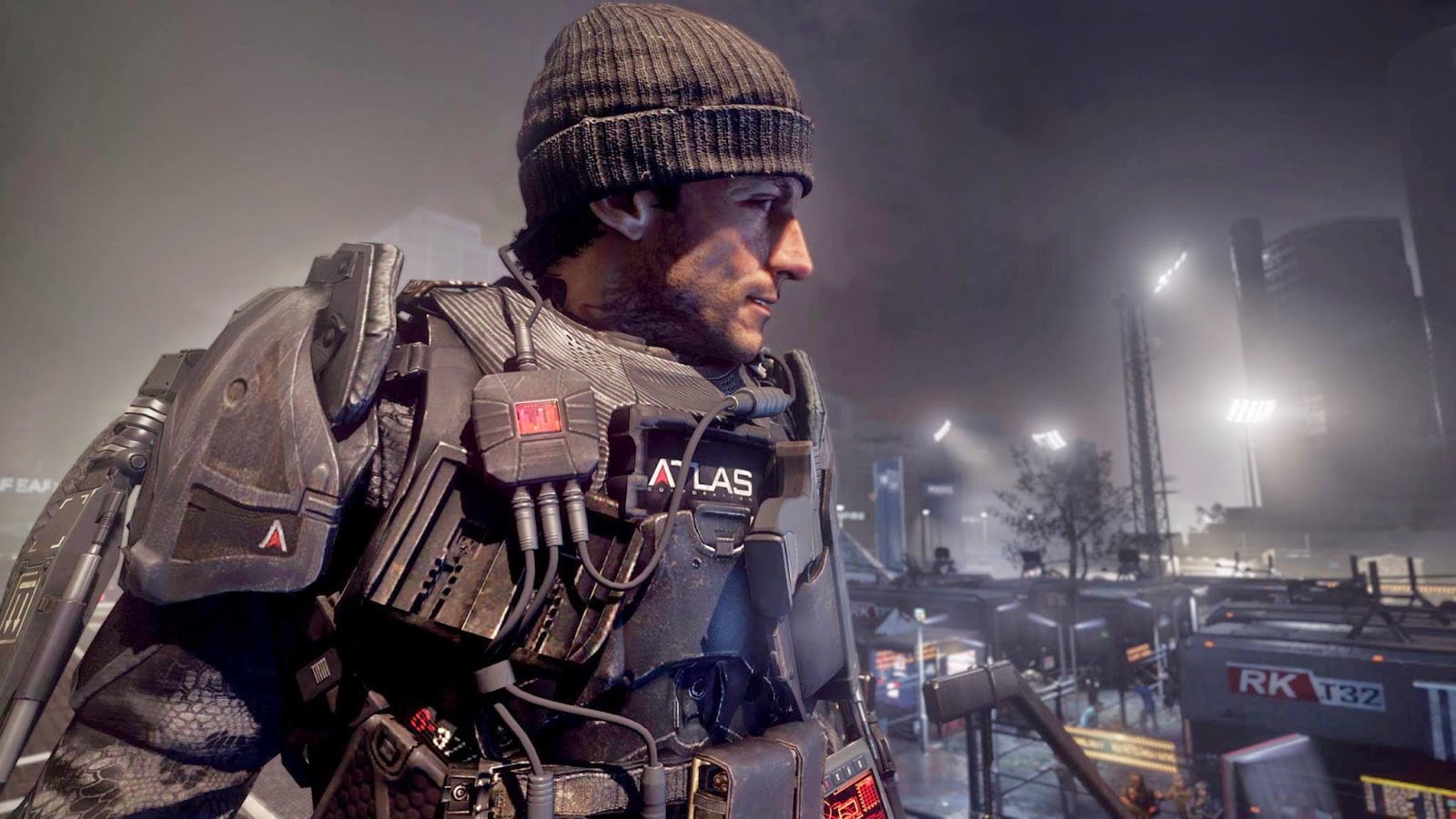 Here we go again with the COD news...and it seems like Black Ops II and Ghosts, the new game by Sledgehammer Games (who did COD: MW3) are pushing the Call of Duty universe even further into the future with the next installment: COD: Advanced Warfare. The official trailer shows us that Advanced Warfare will include Elysium-like exo-suits, tactical transports like the H/Ks from Terminator, inducted fan 'copters like in AVATAR, cloaking like Predator, and bio-mechanical upgrades like Ghost in the Shell that will allow for Six Million Dollar Man jumps and super-punches to crush skulls. Melee online should be very cool if these exo-suits are used properly. All of this is wrapped up with Kevin Spacey heading an mega-PMC corporation called ATLAS that creates the conflict seen in COD:AW. Is this new game a good thing for us gamers? I could dig upgrading my exo-suit, and seeing some honest-to-god futuristic weaponry instead of another fucking AK or AR15 clone with plastic dressing. The cool element on the weapons? Choices. A player will be able to choose between traditional kinetic weaponry or directed energy weaponry, and I'll bet that Elysium and AVATAR will be used by the game developer as inspirations. The trailer out now, shows normal COD scenes, and Kevin Spacey being Kevin Spacey. Could be a good MSF game with some interesting next-gen wargaming online...of course, I'll buy it come November. Damn you, Call of Duty!