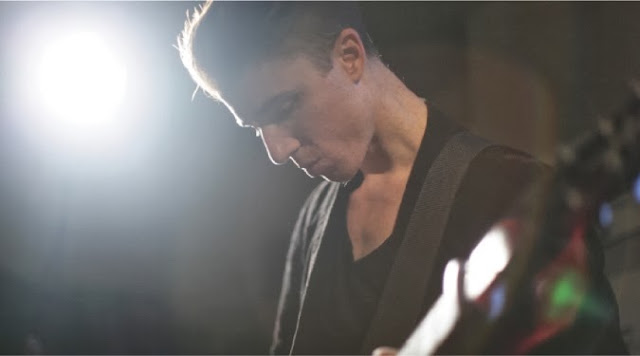 For those that read this blog, and know me in the real world, are aware that I am seriously into music, and always have been. While I cannot play a single lick of anything or sing, music is a key component of my life and writing. FWS is not a personal blog about my life, but with Xmas coming up, and needing a break to began work on another novel, I decided to make a easy blogpost to cast some light on me. If you don't care about me and just interested in military sci-fi, than that is cool, that is the bread-and-butter of FWS, and FWS is not going to become an personal blog....I hate when that happens! My musical tastes have changed over the years. When I was in elementary school, I listened to top-40...which was awesome mid-1980's pop music...yes, our pop music was better than today's, just a simple fact. During middle school, I was obsessed by heavy metal/Punk and guitar-centered rock, like Metallica, Van Halen, Motorhead, Megadeath, Black Sabbath, the Sex Pistols, Jeff Beck, Steve Vai, and Yngwie Malmsteen. Then in high school, while everyone was listening to Garth fucking Brooks, Nirvana (I liked Hole more than Nirvana), and Pearl Jam, I was tuning into Riot Grrrl and classic rock, like Led Zeppelin and the Doors. Today, I'm more into electronic-driven music, like Daft Punk, Deadmau5, Broken Bells, Kavinsky, some bands mentioned below. This blogpost was inspirited by Bennett the Sage's own top ten music video. These are in order of preference. 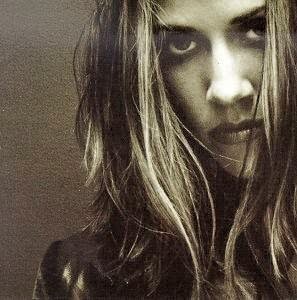 At first, Sheryl Crow was nothing more than the cute girl that was singing a song with my name in it when I was a senior in high school. Honestly, I thought she was a flash in the pain. My opinion changed in 1996 with the released of her second, darker album. 1996 was a complex and hard year for me personally, and I was in pain. To heal those wounds, I listened to this album and turned to things I shouldn't have. To this day, her second and third album rank as some of my favorites, and I can be transported back to those strange days with her music. When my wife was pregnant, we saw her, Lisa Loeb (meow!), Luscious Jackson, and Sarah Mclachian during Lilith Fair, and it seemed that life had come full circle. I guess music can save you... 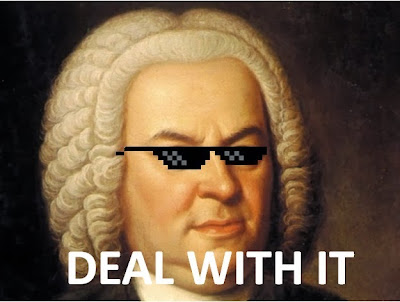 Surprised? JS Bach has always been my point-of-reference for classic music, and been with me during the writing of books, college papers, and times when I needed to relax. His Brandenburg Concertos are a favorite of mine, and I've written many of FWS blogposts to that CD, especially the Powered Armored blogpost for a few months ago. To me, Bach maybe the language of the divine and the soul. Simply put, Bach rocks!

When Freddie Mercury died in 1991, I wore black for a week, and mourned the loss of this unique soul to the world and all of mankind. In simplest terms, I fucking love QUEEN! Unlike many of my generation, I got into Queen prior to Wayne's World, via soundtrack the Flash Gordon, but enjoyed that they got popular again with a new generation due to their iconic song. When you examine rock bands, Queen is certainly one of the archetypes in both music and performance. I also like that Queen had a sense of humor, because life is just a fucking downer most of the time, and Queen allowed me to laugh and cry. For me, the talent and energy of Queen can be summed up with the song "39". Long May Queen Reign! 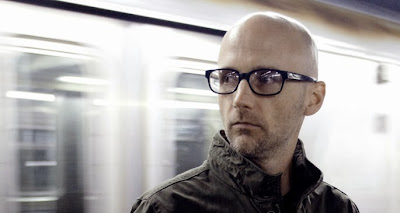 Back in 1999, I was hooked the Chemical Brothers and Sleater-Kinney, and then I heard about this album that was making all of the best lists of that year. That album was Play by Moby, and it wasn't until I heard "Porcelain" that I understood why. By Xmas of 1999, my mother bought me the double disc of Play, and I wrote the vast majority of my early books to this album, and have come to respect Moby as a thinker and a musician. Throughout the years, I have bought most of Moby's music since Play, and I enjoy it, especially portions of Hotel and Last Night, but lately work his work seems to be stuck in a pattern...still Moby as the power to move me. 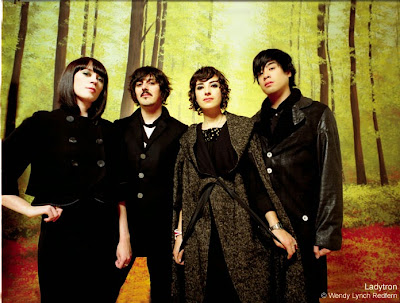 While exploring some artists similar to Goldfrapp, I discovered the power and magic of the European electro-crash band Ladytron! Channeling different elements of 1980's synthpop, modern electroncia, haunting voices, and solid music sensibility, Ladytron rapidly became one of my favorite bands, and their 2002 release Light and Magic  is damn near prefect. Their music is made with such skill and soul, that the label of cold computerized music is blown away.Their music is both hard beats coupled with also soft emotional tones. Truly magically. 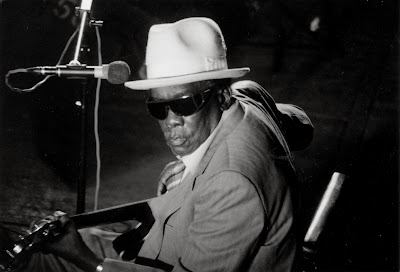 When you look up "bad mother fucker" online, it should just show pictures of Samuel L. Jackson and this man, John Lee Hooker. When I was small, watching the Blues Brother movie, I was mesmerized by Hooker singing "Boom Boom" on the street, and since then, I've been a fan of this Chicago Blues Legend. Maybe being born in Mississippi helps my love of Delta Blues/Chicago Blues music? You have not lived until you've listened to this man who's bad like Jesse James. 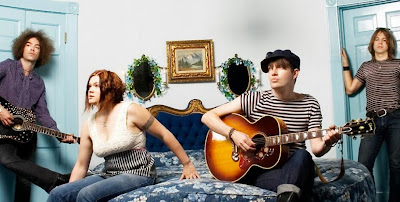 Originally founded with the objective to have "music for their friends to drink to", Oregon's Dandy Warhols have become a creative force in power-pop and neo-psychedelia music, and one of the better pure rock bands in the United States. Honestly, the Dandy Warhols are just a great jamming rock band with a great sense of humor and art that rocks out, and they would be a fun band to party with. Out of all of their releases, their 1997 release ...and the Dandy Warhols Come Down is the best. However, their take on Gordon Footlights The Wreck of the Edmund Fitzgerald is worth the listen, and along with their Monkey House release. 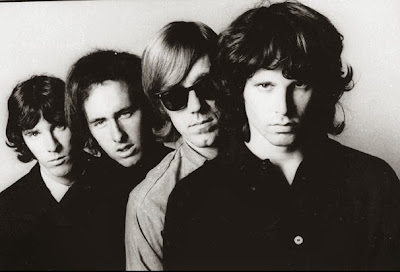 The vast majority of people are going to drift towards the Doors because of Jim Morrison and his aura, and while he is a major gravitational force of the music, he was also backed up by some incredible talent. For me, Jim Morrison would still be sleeping on a roof if it were not for Ray Manzarek, Robby Krieger, and the jazzy backbeats of John Densmore. To this day, I enjoy their music, but not their mega-hits that get repeated over and over, it is songs like "Gloria", "When the Music is Over", and "Texas Radio" that get me. The Doors were a unique experience that could have only come out of the 1960's, and are very lucky that the tension of those times give birth to the dark wisdom of The Doors. If you are interested in the history of The Doors, read John Densmore's book. 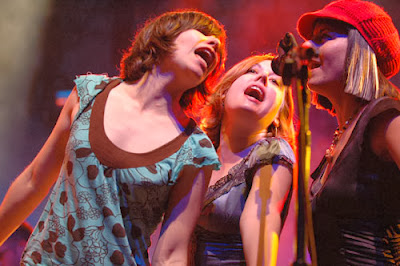 Intense double guitar work, two vocalists with power and intelligence that sing about left politics, and the power of Janet Weiss on drums all add up to one of the best bands in American music recently....Sleater-Kinney! I discovered S-K in a Spin article, and decided to give them a try while a local music store on Oakland and Lemmon in Dallas around 1999. the cute bespectacled girl working the shop was impressed I was asking for S-K and directed me towards their 1997 release "Dig Me Out"...after popping into the Civic...mind was blown! S-K was a revelation and give many years of happiness and ass-kicking rock-n-roll. However, 2005 the party was over, and Sleater-Kinney split up. Today, two of the three members are in Wild Flag (also very cool band) and Corin Tucker is in the Corin Tucker Band. This band still has the power to make me move my ass in my driver's seat! 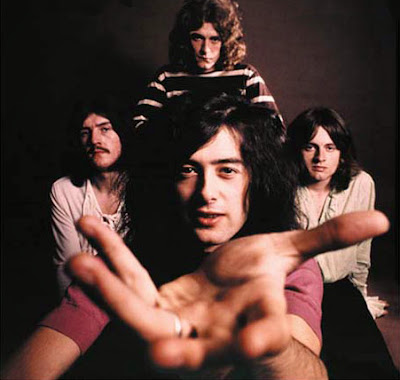 What can little old me say about the greatest rock band of all time? Not much that hasn't been said before. By far, Led-Zeppelin is the gods of rock that all modern music today and tomorrow must pay homage to. For me, Led-Zeppelin was a fusion of Delta Blues and talent with some J.R.R. Tolkien thrown in for good measure. I got into Led-Zeppelin hard around 1992, and most likely wore one of their t-shirts every week for years. There are just no words to accurately description the power, impact, and legacy of this one English band. Out of all Led-Zeppelin's song catalog, I love "Traveling Riverside Blues" and "Gallows Pole", and my favorite album of theirs is "III". The world is a better place because of them.

1. The SCHOOL OF SEVEN BELLS 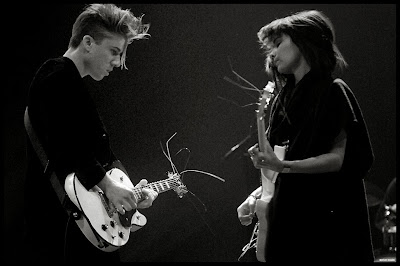 Anyone that knows me or works with me, or even visits FWS, knows I fucking love School of Seven Bells (SVIIB). Since the first moment I listened to them in 2008, there is just something about their music and words that fits so organically into my soul. While it is hard to define their music, others have tried. Labels like Shoe Gaze, Dream Pop, and even some comparisons to My Bloody Valentine, Section 25, or the Cocteau Twins. Despite the labels, School of Seven Bells brings the sound, and continues to amaze with each released. I first heard SVIIB when I was picking my daughter from school while listening to NPR's "The World" in 2008. 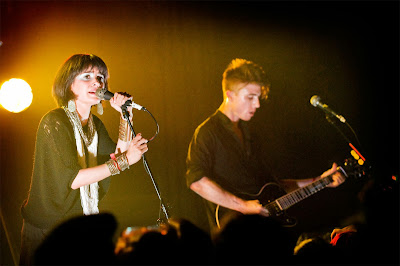 During the music portion of the segment, they profiled SVIIB's first release "Alpinism", and within 15 seconds I was hooked. We drove to the nearest Best Buy and the disc didn't leave my car for three months. Every release, review, and photo of SVIIB became something I needed to experience, because not only is the music incredible, but Ally and Ben are interesting as well. If you have not checked out this band, please do, because there is some amazing stuff being made in Brooklyn. There is such light in all that they do. Seriously, SVIIB is one of the best bands in America or even the world today.
Posted by William at 07:51