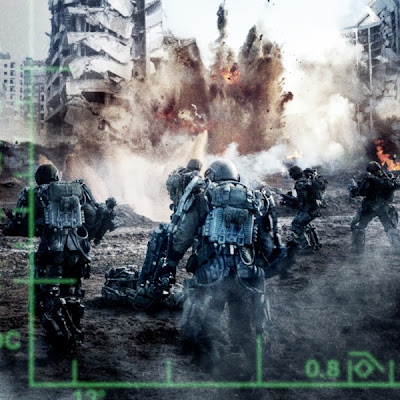 One of my biggest complains about science fiction battle scenes and sci-fi war films in general, is the lack massive ground battle scenes. We've seen them in space and only a few land and most of them were seen in Star Wars films or video game cut-scenes.  I've asked for years "where is our Saving Private Ryan or Longest Day?" Well, my friends, I looks like we've finally got it incoming and I can stop bitching about it. New twitter pictures out today for an account that calls itself "Embadded UDF" that is from a fictional combat reporter on the frontlines. In reality a thinly veiled viral marketing campaign, but despite that, it does show the opening battle from the Japanese novel. Here we seen all manner of landing craft, tilt-rotors, and APS-donning soldiers, locked in combat. Fuck Yeah! This has really raised my hopes for this upcoming big budget MSF flick...we could have a real winner on our hands. My hope is that Edge of Tomorrow is closer in style and spirit to 2011's Battle Los Angeles and channels the originality of the novel. Edge of Tomorrow drops on March 7th, 2014. For course, FWS will be seeing in IMAX 3D and posting a review.

Here is the rest of the pictures: 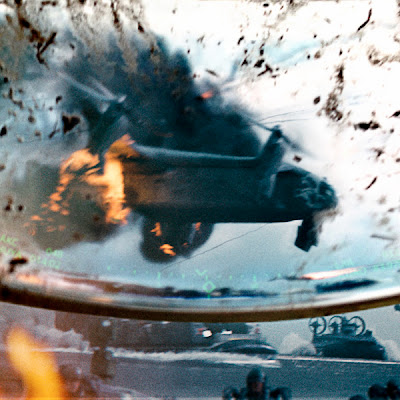 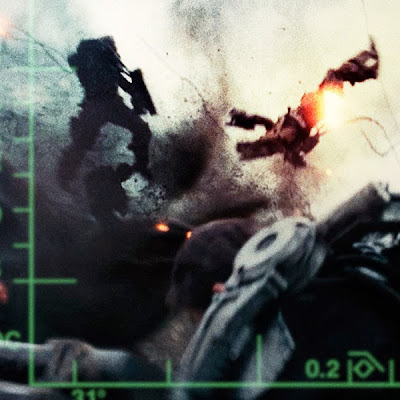 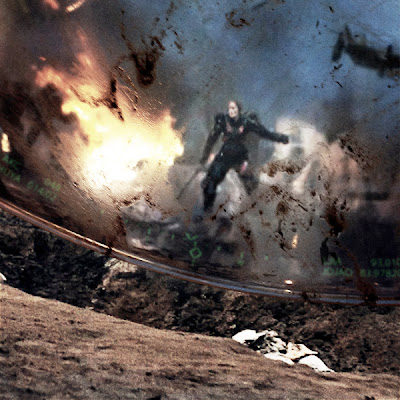 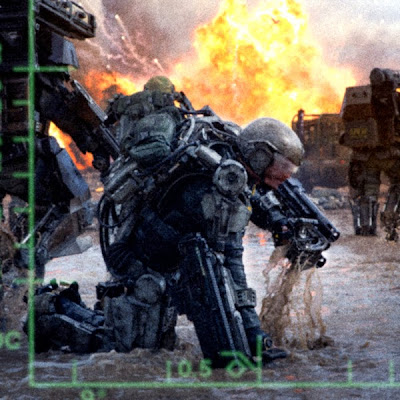