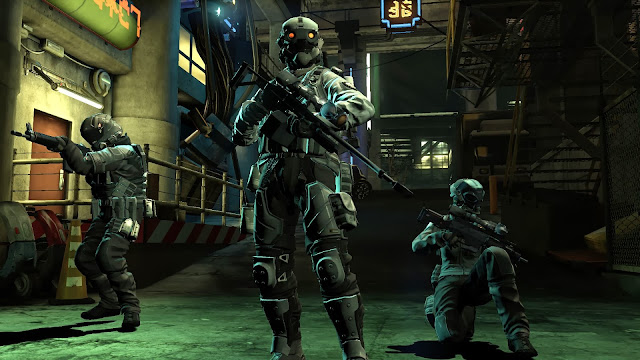 We are on the verge of yet another leap forward in home video game console technology with the incoming Playstation 4 and the Xbox One systems. These will mark a turn in graphics technology allowing for new stories to be told of future wars. The arrival of these very expensive system in November will mark the 8th time I've seen the world of home gaming marks a major change, and some believe these new systems will be the last of the home video game consoles as we know them. There is the list as I know as for writing and most likely covers through 2014 and some of 2015. There have been whispers of titles, like an fourth Resistance game for the PS4 and a Mechassault 3 for the Xbox One, and even a tie-in game with the but those are just rumors, and mostly likely that is all they will stay. Here is the list of upcoming games:

For PS4 and Xbox One 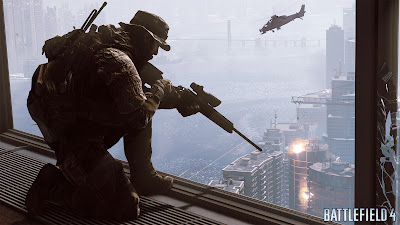 Battlefield makes up the third arm of the most popular shooters online, and the highly popular games continue onward to the 4th in the series. This time Battlefield 4 is set in 2020, and tells the story of the genesis of World War III between the US, China, and Russia from the POV of US special operators. Once again, the Frostbite engine will be used, and the multiplayer will feature three factions and 64 players per lobby. The game was released on October 29 on the current consoles, and will be released on the next-gen consoles on November 1st. It remains to be seen if the campaign story will be any better than Battlefield: 3. 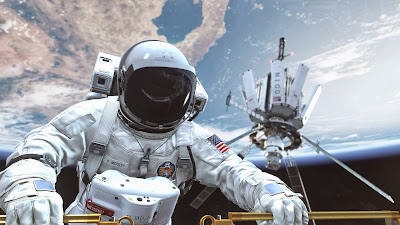 The big daddy of military shooter games comes to the next-gen consoles with a near-future MSF game set in a orbital bombarded United States, and the most black ops unit, the GHOSTS are defending an weakened nation from invasion. Like any COD title, there will a campaign, there will a massively popular online system that fucking everyone will play. There have been rumors of an game similar to Survival and Zombies that will involve hunter-like aliens and the player(s) must fight to escape out of the hot zone, which seemed confirmed as this was being written. Which would be pretty cool. GHOSTS drops between November 5th and November 22nd, depending on the system. 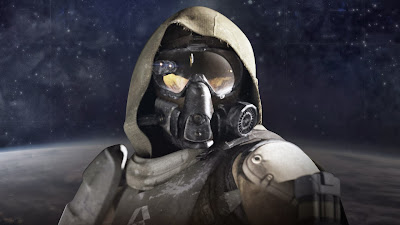 What does a company that established one of the greatest video game experiences of our time do for a follow-up? Bungie was forced to ask then answer that question when they spun the HALO universe off to 343 Industries. Their answer is Destiny. This open-world shooter is set deep in the future on a troubled Earth that has one walled human city left, and Destiny is the story of how humanity is going to take their planet back from the alien horde. It remains to be seen if the Destiny universe will be expanded to a trilogy or even a saga. Much like Call of Duty: GHOSTS, Destiny by Bungie will drop on various consoles, current and next-gen at the beginning of 2014. 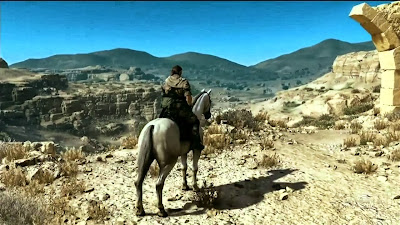 It seems, to me, that the Metal Gear games have been around since I was born, and now we get another game that will cloud the history and backstory of the Metal Gear universe, and Big Boss (called Snake). In the fifth game, we travel back in time to a time after Peace Walker, around 1975, and we have Sanke attempting to get two prisoners out of a American military blacksite base in Cuba. I've have not played a MGS game since Metal Gear Solid in 1998, and this does nothing to change my mind, but it could be a great game. It will be released in 2014 on both current and next-gen consoles. 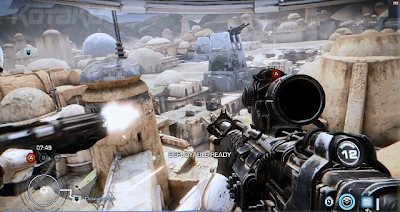 One of the most popular Star Wars video game titles of all time on console gaming systems is Battlefront, and finally for the next-gen systems, we are getting a third game. Instead of LucasArts, DICE and EA will be finishing this one with the Frostbite 3 engine...so it will be Battlefield Star Wars edition, I guess. Could be a very cool SW game if done correctly, and offer something new for the online shooting community.  It is believed, if everything goes according to plan, Battlefront 3 will drop in 2015 in time for episode VII. 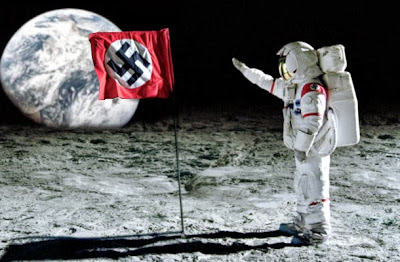 Here we go again, another Wolfenstein game that could be or could not be a great alternate history military shooter. Wolfenstein: The New Order is set an alternate history 1960's were the 3rd Reich wins the 2nd World War, and our ass-kicking character will be back to kill Nazis. There will some elements taken from the Riddick and the Resistance games. The New Order will drop in 2014 for current and next-gen console. 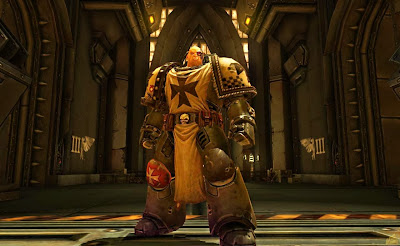 In 2015, we will get a new WH:40K game that is an MMORPG and will include several familiar factions to fans of the games. Everyone involved is claiming that this WH40K will be a seachange for MMORPGs, and will offer a great deal of freedom and consequences to players. The developer is saying that this will be the best WH40K game of them all. Bold statement, and we will see the results in 2015 on the PS4 and Xbox One. 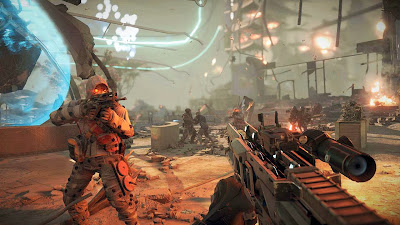 Unlike some upcoming titles, the fourth Killzone game will be only available on the PS4, due to the games massive size. This take place some thirty years after the third game, and now the remains of the Helghast society are resettled on Vekta, the world they tried to take back from the ISA in the original PS2 game. Now, the two former two warring factions are on the same world, and a cold war is about to get hot. Killzone: The Shadow Fall is taken from the POV of an ISA special operator from the Shadow Marshals. The game will drop on November 15, 2013. 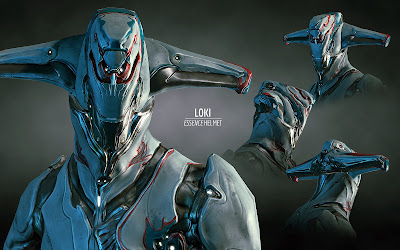 This is a free-to-play cooperative 3rd person futuristic shooter that takes place in the distance and weird future were militarized human clones are battling the Tenno...and you are the Tenno. You and three of your friends control ancient warriors encased in powered armor to battle against various human groups across maps based on locations throughout the Sol system. Originally, concepts in this game were used with the previous game Dark Sector, but were reused for Warframe. When the beta was released recently, it received a Metacritic score of 67. The game will be released on the Playstation network on November 15th. 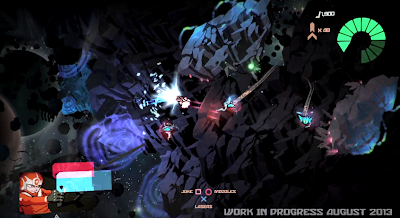 This 2D 17-bit multiplayer space combat shooter seems like a updated Asteroids, with various elements from other recent video game. Players will control space fighters and engage in good old space fighter combat in @D fashion, like we did back-in-the-day. The game will be downloadable in the Playstation Network at some point, the release date is still fuzzy. 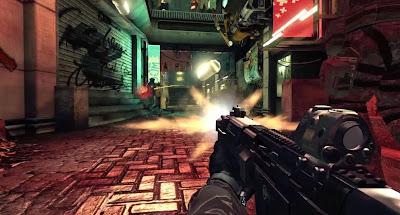 Here is another free-to-play military first person shooter for the PS4 developed by Zombie Studios, and is the sequel to PS3 Blacklight: Tango Down Free-To-Play FPS. This game will follow in a similar nature to the previous title, but as been upgraded and the concept refined, allowing great positive reviews. Blacklight: Retribution will continue the military sci-fi theme and will be released on November 15, 2013.
Xbox ONE Exclusive Titles 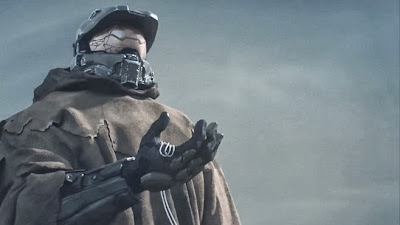 Here we go again, another HALO title being the killer-app for the latest Microsoft black box, just like the original HALO for the Xbox, and HALO 3 for the Xbox 360.  Recently at E3, 343 showed of a trailer for some game that I believed was HALO 5, but it was actually HALO for the Xbox One. Confused? And seems that I'm not alone. It seems that 343 could have no less than three title coming out for the Xbox One in the very near future. Okay, we have HALO 5 and now some game called just HALO. The fifth game in the "Reclaimer Saga" that used to be "the Reclaimer Trilogy", will not be HALO 5, but it be called HALO, and feature a darker more personal story linked to the disappearance of Cortana. 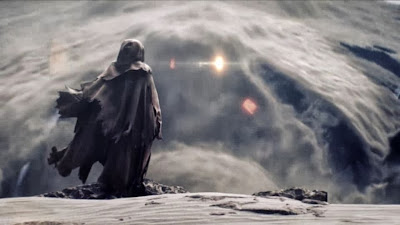 It has been confirmed that HALO for the Xbox One will be sequel to HALO 4, but it is unknown now, if there will a formal HALO 5 and 6, with the abandonment of the concept of another three-game series that falls under a umbra storyline, like the original HALO games. Some believe that HALO for the Xbox One will be similar to HALO 3: ODST, and feature a separate storyline in the greater umbra tale. Could HALO seal the fate of the remastered HALO 2? Time will tell. What most of us HALO fans are waiting on, is something new for the HALO online experience and in the campaign. There is no firm release date for HALO. 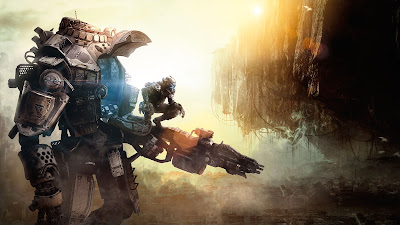 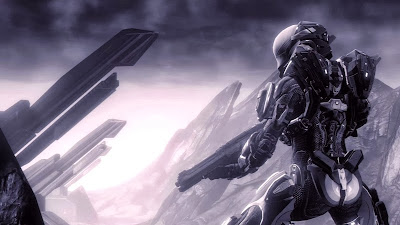 In addition to the HALO for Xbox One game, and a rumor HALO 5 and 6, there is also the rumor of another HALO Wars game set around the time of HALO 4. Some rumors have the game taking place on Requiem, like SPARTAN OPS, and there will be an FPS mode, where you can enter the action, and blaze away, much like those missions of Black Ops: II. All of this is just rumor and there is no release date for HALO Wars
Gears of War: 4 (Rumored) 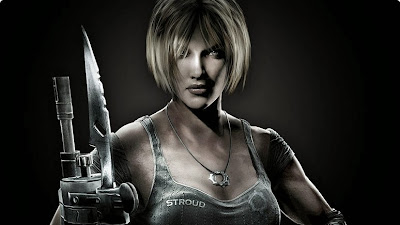 The future of Gears of War seems to be in limbo...the trilogy is wrapped, along with the prelude game, and the reworked Gears of War: Redux was officially called a fake by the developer, leaving there little room for what comes next. Given that Gears of War is a major exclusive franchises for Microsoft, there will be more Gears of War...but the story remains to be seen. 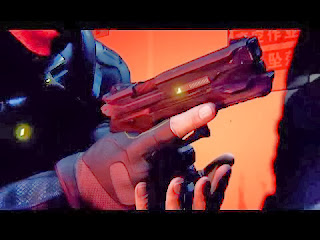 The branch of Microsoft in Vancouver had their name changed to Black Tusk Studios with the mission statement by Microsoft to developed another HALO game series. We have only a limited trailer that looks like something out of Mission Impossible: Ghost Protocol or even Splinter Cell. From the limited trailer, it appears that the game takes place in a future time period, but little is known about the game or when it will be released or even it frakking title.