FWS Topics: How the FOREVER WAR movie Should Open 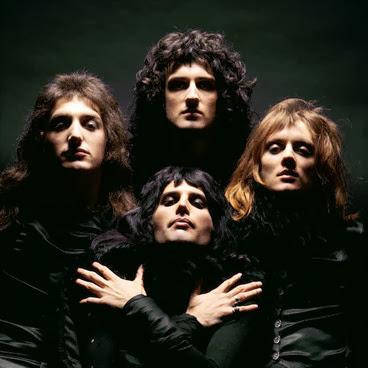 I want everyone to know that I am still alive, but deep in research and writing a blogpost on faster-than-light propulsion. But I wanted to talk about something that happened just yesterday, while on my morning commute. It is no secret to those that know me in the real world that I fucking love the band QUEEN. Since the first time I watched the movie Flash Gordon, this band has been apart of my life, and recently while listening to Night At The Opera on the way to work, my favorite QUEEN song, '39 came on and then knew how the Ridley Scott the Forever War movie should open...with that song and a similar opening style to the film Watchmen. The setup of the war with the Tauran and the UNEF could be told with that type of opening style. I could clearly see the opening montage with that music pumping out, and the first scene of the film could be the training on Charon while they are in their powered armor. Just listen to the song and picture it...it is a damn prefect song for film. The great element of the song '39 is that it was written around an astronaut who returns to Earth after a long space mission and experiences the horror of Time Dilation. Once again, it is a perfect song for the film. Call me, Ridley.
Posted by William at 12:35