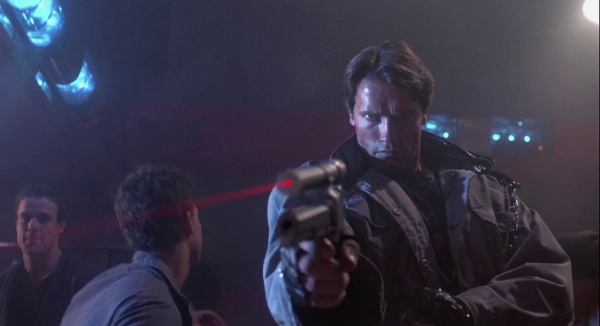 It seems that Terminator 5 will not be a continuation of Terminator: Salvation storyline, but a complete reboot to the entire Terminator saga. That includes James Cameron's 1984 and 1991 masterpieces, but word is that Arnold will be making a return, in some fashion, to theses reboots. This has been a rumor for about two years that there would be a massive reboot to Terminator, and now we have a producers attached to the project, Megan and David Ellison, but no director. This reboot has been conceived has a trilogy that is stand-alone, whatever that means. So, what does this mean? To me, a lifelong fan of the Terminator universe. I think the Terminator films have been broken for some time, and I don't know if this will help. The first two movies, directed by Cameron where great films that should have been the last word on the film universe. If there had to be a third movie, than it should have been the prequel to the original 1984 classic, showing the dark future and battle for the time machine. If this film had been done in the early 1990's, than Arnold and Michael Biehn could have and should have starred in the movie. Now, it looks like these new films will have new actors, new SFX, and so on..big fucking deal. I am so goddamn tired of Hollywood fucking with movies that do not need a fucking reboot! Maybe the Terminator movies should just die if they cannot continue, not be remade. Terminator has been given a TV series, four movies, litters of comics and video games...maybe its time has come...sigh. We do have a release date, June 26th, 2015....and time will tell if this is the shot-in-the-arm that this belligerent film series