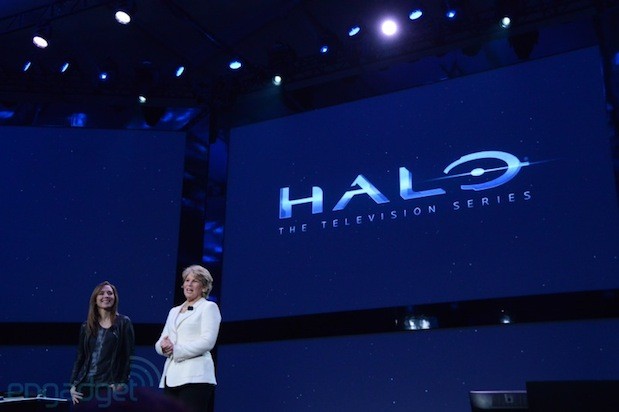 The new Xbox next-gen system, called ONE, has just been announced and at 10:46am, Bonnie Ross, head of 343 Industries, broke the news that an live-action HALO television series is coming to the new console. No shit. An actually HALO live-action fucking TV show. It seems that HALO: Spartan Ops and the recent HALO: Forward onto Dawn have all been test-beds for this project. Steven Spielberg will be executive producer on the project, which could be called World of HALO...dumb name, but a very cool event that could give us a much-needed MSF TV series that is done right. This will be an Xbox ONE console exclusive TV series...and could signal the a brave new world for the future of TV. It is a good day for Military Sci-Fi and HALO fans alike.
Posted by William at 13:29