About a week ago, Drift0r released a video on the next COD game, it is rumored be called Call of Duty: GHOSTS. Not COD:MW: GHOSTS, but simply COD: GHOSTS, releasing part of the COD machine from the Modern Warfare series, and allowing for a fresh start that has been seen since the days of COD 4: Modern Warfare and the original BLACK OPS. Will we know more on May 1st, when the official word drops, but here is what Drift0r said on his video, and what I would like to see in the next games. There have rumors whirling around since the release of 343 Industries HALO: Combat Evolved Anniversary, that Activision will update Call of Duty 4: Modern Warfare, and there has been no more word on that since the GHOSTS leak rumors. Why is FWS covering shooter gaming news....well, GHOSTS is rumored to be a military science fiction shooter, much like Black Ops: II, but set maybe even further out than 2025. There are other rumors of course...Activision is attempting to throw us fanboys from fangirling about COD and the new game is actually the backstory to the very popular MW2 British SAS Operator, Ghost. We shall see.

What is Rumored to be in COD: GHOSTS

To Be Set in the Future 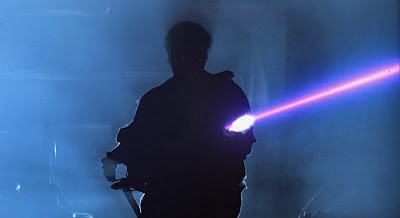 Drift0r has said that GHOSTS will be in the future, and other sources are saying it is even further out than Black Ops:II's 2025 time frame. Could it be more like an hundred years? If so, we could see some real future weapon systems that involve directed and/or kinetic energy based weapon systems. How cool would it be to roll on nuketown with a Gauss gun or Phased Plasma in the 40 watt range? It would badass like Shaft! 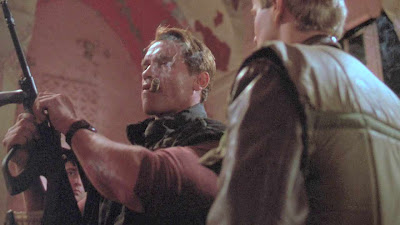 Drift0r reported that despite GHOSTS will be set in the future, that something will happen, much like Black Ops: II, and the next-gen weapons technology will not be functional  Instead, the situation will dictate the use of late 20th and/or 21st century weaponry, like what has been featured in the previous titles. Could this involve time travel? Aliens? Time traveling aliens? Engineers? Or an computer/Cylon virus? The issue for me is why they are doing this and how far down the list are the developers going to go? Could we see World War One or Two weapons? Civil War black powder? This plot-twist better be good to justify the use of these older weapons. 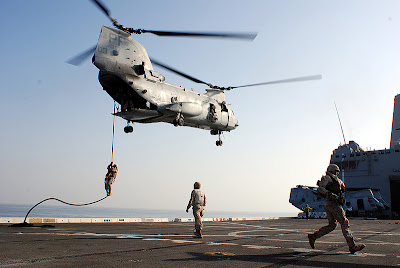 Rumored to be in GHOSTS is the use of an interactive loading screen during multiplayer matches where the players 'rope-in' or 'drop-in' to different sections of the map, allowing for a difference experience each time and prevent spawn-kills. This remains me of Section Eight or even Medal of Honor: Airborne, and could be an interesting addition. 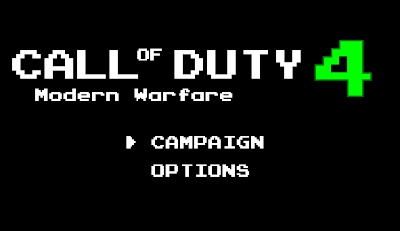 Recently, Activision has been showing off their next-generation engine that will be used for GHOSTS. From the screen-shots and video, this is one damned impressive engine that could outperform the Frostbite engine used by the Battlefield games. The video of the new engine could make GHOSTS nearly photo-realistic, but will require the power of the next-gen consoles.

Destructive Environments and Cause & Effect 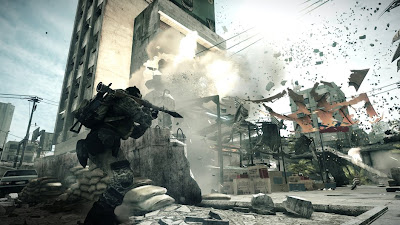 Shooting down someone's sheath chopper? What if it came crashing down on you or your party? Hate when someone is camping on the boat side the hot-tube or that stupid bridge on Turbine? Got a grenade launcher? One of the big differences between Battlefield and Call of Duty has been the destructive environments that allow the map to be more torn up that Linsey Lohan on a Friday night, and this could be an legendary addition to the COD online game play.

Will be on the NEXT-GEN Systems

Given all of the new technology being packed into GHOSTS, it is going to require the computing and graphics power of the PS4/XBOX 720, and more of your cash around Xmas. There is no word on the launch title, but it likely that HALO 5, the next Rainbow Six will all be on the 720. 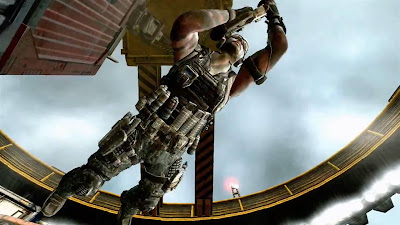 Because I play paintball along with shooter games online, I've always been surprised how rigid your online avatar is, and how some situations would never could up in paintball, due to the freedom of movement. GHOSTS will likely delete dolphin-diving, and replace it with some new movement features, including the ability to roll, while prone.


Special Ops is being Replaced 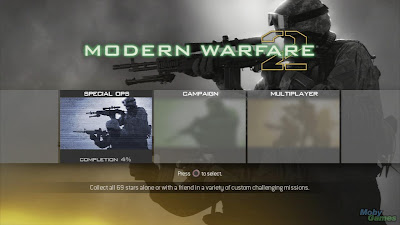 There was little mentioned on the Drift0r GHOSTS leaked video about this, but it was clear that Special Ops is being fully replaced and something...something, is replacing it...and it is not Zombies. 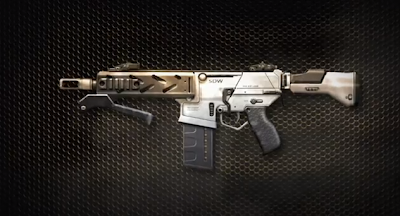 It seems that the since the beginning of the Call of Duty games in 2003, they've all been fishing from the same pond. I mean how many times have I used the M16, or the M4, or even the AK? Too many at this point, and if the developers are going to point GHOSTS in the future, than I new guns that are original...even if they are used for a short time during the campaign...if the rumors about the story are true. I'm not asking for HALO-like weapons, but some different. Also, I wished that the damage profile for certain weapons was more

2.Customization of Your Online Character Model 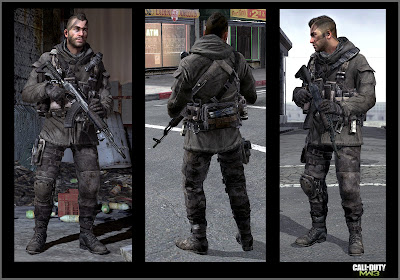 While it is possible to modify your online avatar and weapon to your own liking, I wished it was a step beyond...even more than HALO: Reach/HALO:4. Imagine if you construct your soldier will all manner of kit, patches, and camo, and even facial features to allow your friends and victims to know you without having to look at the gamertag. 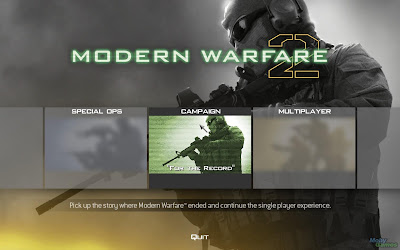 I'm one of the rare ones that actually buys and enjoys the campaigns of a Call of Duty game...well, all but Black Ops! I've very much enjoyed the story of Modern Warfare and the recent Black Ops: II, but I think that GHOSTS needs, to me, an epic, board sweeping campaign, to prevent the art of the video game campaign from being an fogotten element. 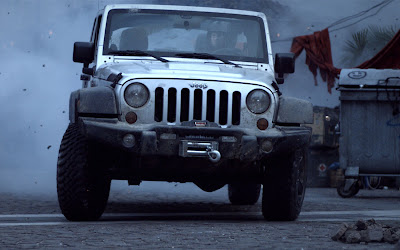 This maybe too much HALO for an COD game, but it would be cool if there was usable vehicles in a COD game? Or maybe just on certain levels. I would like to run down players in a Jeep Wrangler while spraying some LMG fire! 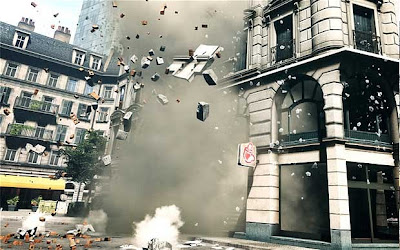 Drift0r says that the developers are considering more destructive environments, much like Battlefield and hope that they do...it would change things up on the static and sterile maps of a COD game. 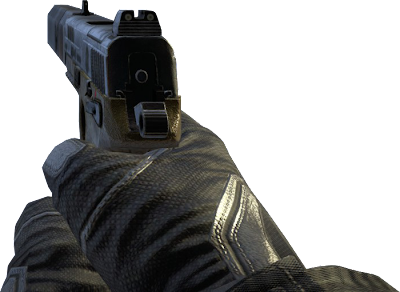 I like pistols, and I cannot lie. Even in paintball I carry one, and a majority of the time in a Call of Duty, I carry a pistol. There is a serious difference between a MW or Black Ops game, and I would like to see effectiveness of the pistols in Black Ops translate to GHOSTS...because whipping out a pistols in a match makes me feel like John McClane! 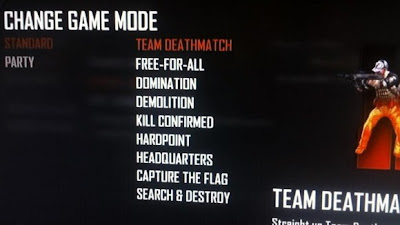 Most of the game modes are fine...but they've become static, and I think that the developers need to spend some time on a paintball field to learn to invent something different in a Call of Duty game. How about assault on a fixed, dug-in position, or speedball with real guns? Back in the day, we used to play 'Predator' , where one dude hid and had more hit-points than us, and we hunted him...or did he hunt us? It was very cool, and could really cool if it was on a COD game. I'll give the develops credit, the 'Gun Game' and 'One in the Chamber' are very cool.

There are few things has satisfying in HALO than to preform an assassination-type melee kill from behind, allowing the melee-kill animation to kick on, and see your SPARTAN make a sweet martial-arts kill on your victim. Even the low-rent, and poorly done Rouge Warrior had some sweet knife-melee kill action that are unlike anything in the Call of Duty library.  Activision desperately needs to add dynamic melee kill animation that is contextual to the situation or could even be customized by the player. To me, when someone has been beating my ass, it is a great feeling to knife'em, but it would be better if I could unleash all manner of Bruce Lee ass-kicking CQC moves! C'mon, Activision...Do it! 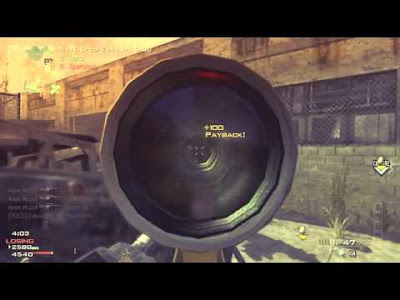 I fucking hate coming around a corner and some sniper-wannabe-dumbasshole, shots me with a fucking fifty cal sniper rifle, while I've got my shotty! There are some very talented wanna-COD-snipers out there that can quick-scope me in a heartbeat. Of course, quick-scoping allows for the sniper rifles to be used in a way that originally intended, especially in the real-world. I hope that Activision cuts back on the quick-scoping ability. 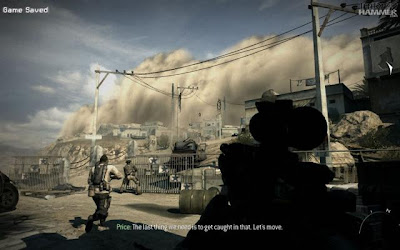 When you play for a few (or many) hours on MW3 and/or Black Ops: II, or even HALO:4, the maps become static and frankly boring. Would it not be more interesting if certain maps have active weather or  changed slightly every time. I would also like to see just something else with maps in a Call of Duty game, give me some distance, jungles, levels at night...just something new.