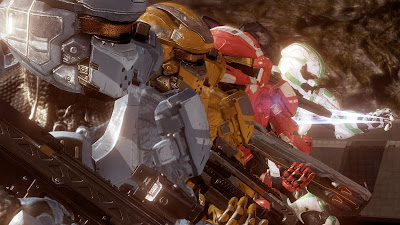 Well, some of my Xmas holiday plans got cancelled today...343 Industries informed all of us SPARTAN OPS players that Episode Five is the last for about a month, while they go Xmas holiday until January 21, 2013 when Episode Six drops. Great...so, no hanging out in the Santa hat drinking, Egg Nog, and playing some SPARTAN OPS while dwelling on what SPARTAN-IV Commander Sarah Palmer looks like out of her armor! 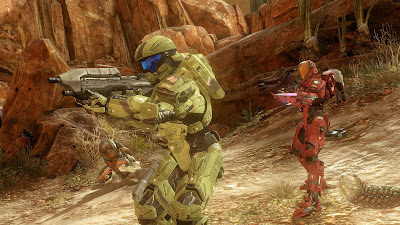 What does this mean for the future of this brave experiment in gaming? Maybe alot. A great deal was promised with SPARTAN OPS, five new missions that connected to the war over the Forerunner shield world per week. What they delivered are some very cool story-based cut-scenes and missions on the same fucking maps over and over. There is little connection to what the cut-scene storyline showed to the missions you are waging. If SPARTAN OPS was play-per-play, I don't know if I would cough up the green, 343 needs to connect them more to the cut-scenes and develop new areas for you and your buddies to fight in. 343 has still not confirmed if there will be a season two. Hopefully, I get COD: BLACK OPS II for Xmas and then, I can drink Egg Nog to that while getting killed on Xbox Live....you know, as the holiday were meant to be!