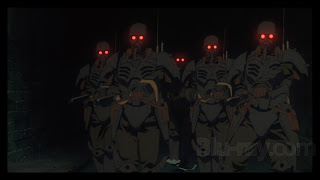 The world of big wars contrasted deeply with the dirty hit-and-run raids I had experienced. Besides the amount of gunfire, gore, and weapons, there was the after-action ritual of cleaning up. Cleaning our weapons was never a top priority when I was running with Zinc, mostly we packed up the vehicles with our loot, and ran out before anyone else showed up, everything, and I swore that my AK ran dirty. After the Hoppers got us back to base, we lined up at small wall niches, and machines remove the armor piece-by-piece, but my Steyr-Phoenix Pulsar™ rifle was all my responsibility.

Luck me, the implanted training included a how-to guide for my DEW, but I didn’t feel human again until the machines in the rack pulled off the armor, followed up by a shower.
“Hey, FNG!” I turned to a large scarred man, handing me an AL-9 laser pistol. “Never be unarmed, newbie, you never known those fuckers will strike.” I took it wearily, as he moved off with some of his mates, snapping every other and laughing. No safety anywhere I guess. Within a few chaotic minutes, the room emptied out, matching my mood. No one seemed as effected by the recent violence as me. They just shrugged off the jarring encounter in the jungle, and moved on the pub to pound some pints, while my hands still shook.


I turned to engrossed my fractured mind to the task of cleaning the laser rifle, this was a byproduct of my old life with Zinc, while he and his mates indulged their evil streak on some poor victim, while I took a keen interest in the Range Rover’s engine. Another difference was impact of the constant stream of drugs, while the Courage shaved off the edge from the horrific battle, left me muted, dull, and feeling out-of-sorts.
That’s when Sgt. Ayoro came in. “What the hell, Sandoval?!” Her voice boomed across the empty equipment bay. I must have looked at with a dazed expression. “The drink?” I said nothing and returned to my weapon. “Oh no, you don’t! FNGs don’t get to be alone after their cherry as been popped” She took my arm with considerable grip. “Drinks. That’s an order.”The trooper I saved, Maya, hauled me to the bar module, scanned her pay-card, and took a chair. “What’s your drink Sandoval?” I searched in my head for a proper drink, “hmm, I don’t know we drank mostly homebrew and moonshine at the market.”
Maya made a face. “You’re from Earth...right?”

I was frankly surprised, “And you’re not? I thought all GIs were from Earth?”

She rolled her big dark eyes, “the colonies got fight too, you know.” She opened a bar holo-menu and ordered two drinks, and never asked me what I wanted. “Sorry, it just that, we colonials don’t want to own anything to Earth if we don’t have too.”

She took a double take, “seriously? You’re going to say that after we tried to help you guys?!”

“Help us?!” I fired back, “help us?! When?! I’d reckon to know!” I pointed to my chest, “I grew up in that bloody shithole, watching for raiders, gangs, and alike, and no help came to us in my lifetime!” She watched me speak, as a tablet computer was dug out.

“You’re from Australia, right, judging by the accent?”

“Outside of Tanami Desert.” She tossed her personal computer in front me, playing a video of a riot. I could see people wearing colonial uniforms, others in rags, gunfire, and boxes being tossed.


“The Australian relief effort around Botany Bay.” There was nothing to say, it was clear from the footage that the colonies did try help, she paused the video. “You don’t want to see the end, the colonial soldiers were forced to fire on the mob, and some of the soldiers were dragged away. It was like this at every relief site, after a few aborted attempts, the colonies gave up.” I sat back in my well-used chair.
“But now, you magically show up, to help us again, right?”

“What the fuck do you care?” She spit back, “You’re here, Sandoval, to get off that dump? You not innocent either…more like mercenary, if you ask me.”

“Cease-fire!” Hawksworth commanded from above us just before it got really heated. “Look ground-ppunders, I pulled both your asses from the fire,” she held three fingers; “you own me and my co-pilot, and gunner.” Maya nodded and ordered a round of shots for the November-Witch gunship crew. 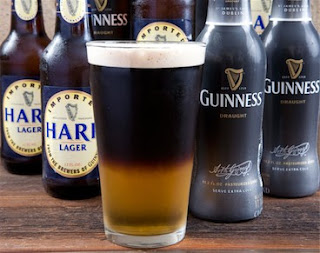 All of the drinks arrived up at the table’s slot, once the drinks were in-hand; the captain spoke, “to White-Forest, you shall be remembered!” The bar all saluted with the downing of shots and beers, I took a healthy sip of my two-toned beer, and was surprised at the strong favor of the nearly black beer on top. Feeling the drink warm gut, I stared at Maya Ayoro. She was the cleanest women I had ever seen, her skin was flawless, and smelled of soap, not marked up with scars or branding. She caught me looking; I tried to return to my two-toned beer. After only a few pints and a few games of darts, I was spinning, I needed to get out. I needed air.
“Hey, Sandoval, are you okay?” I bolted for the door, amid laugher and pointing, but accomplished my objective of not throwing up in the bar, but over the railing outside. I took a moment to clean myself up.
There, in the night’s sky, were dark curtain of alien stars and I marveled at my situation, and how empty those unfamiliar stars made me feel now, where they used to fill me with hope. I had been staring at stars since I could remember, wishing for the opportunity that I was now living.

Be careful what you wish for…

When I stared out at them back on Earth, I was dreaming, now I looked back to Earth, and remembered back when. My fuzzy thoughts floated back to my mother, then to Zinc. I hoped to Christ he was dead or suffering at the very least. Hell was too good for a scavenger like him. I walked up to the flight level, and flopped down inside the cargo area of a Hopper down for service. My mind spun, not just as a consequence of drinking black & tans, but the post-battle high was gone and the full weight of what happened slammed down. Despite, my feelings for that bullocks Zinc, and my fading memories of my mother, I had been surrounded by people that knew me. Here on Abaddon, I was truly alone. The only person I had got to know was smeared across my armor, and these Colonials didn’t even pick up her fucking body!
I could hold on to one glimmer of hope, one escape route: Elysium. I decided there and then, that Elysium, and its promise of a real world with green and dirt, was my new dream. I had lived out this one, being among the stars, and removed my shitty Earth-side situation. But, what I had done was traded one hell for another. The only real different was now the people I killed deserved it. I shivered, as the ghosts of my victims whirled around my heart as long buried memories of those the victims of people that had something that Zinc’s wanted.I always turned to miss those running vehicles, but when Zinc caught on, he beat the utter hell out of me. Those were truly the empty places of my soul, and I didn’t know if there was a god that could fill those cold dark places, but I wanted to believe that something else more than Courage would help in the forests packed with murderous aliens.

I laughed to no one at the how the sentence sounded, it was more like a poorly written sci-fi novel that the fantasy of my current surroundings! It didn’t really matter, though. I was here, those things were out there, and all I could do was survive through victory. With that profound musing, I promptly passed out in the Hopper.
Posted by William at 14:42