MSF Oddities: Captain Power and the Soldiers of the Future! 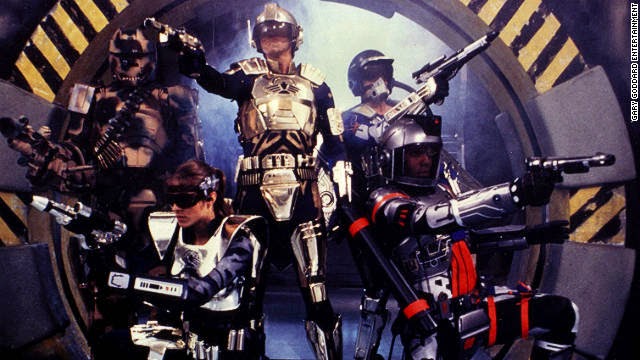 Since the genre of military sci-fi is so wide, and often warfare is a good backdrop, writers use future warfare to frame their fictional works. In the world of military sci-fi, there are times when an oddity is born, and the oddest of the odd in the realm of military sci-fi is....CAPTAIN POWER AND THE SOLDIERS OF THE FUTURE! This syndicated hour-long TV show ran for 22 episodes from 1987 to 1988, and was aimed at both kids and adults. The show also was groundbreaking in having a line of toys that interacted with embedded IR signals from the TV show. When a evil robot would fire at you, it was possible for your fighter to react to the blast. Heady stuff in those days. The show was rumored to cost one million dollars, and since the show's backdrop was a post-apocalyptic future where machines hunt humans, it caused advertisers to stay away. Captain Power and the Soldiers of Future died after one season, despite planning for a second. Today, the show is barely remembered...expect for people like me that were kids at the time of the original airing

The Plot of Captain Power
At the beginning of every of the 22 episodes of Captain Power was the line: "Earth, 2147. The legacy of the Metal Wars, where man fought machines—and machines won﻿﻿"﻿
﻿In 2132, mankind had developed armies of bio-Mechs cybernetic soldiers that saved flesh and blood soldiers from the horrors of war, (like the ABC Warriors comic), however, this only increased warfare. In response, Dr. Power and Dr. Lyman Taggert, working on a supercomputer called OverMind to control the legions of bio-mechs and stop these wars. OverMind required human brain patterns to work, so Dr. Taggert submitted himself, and then the old quest-for-robotic-prefection plot device breaks out, and Taggert uses OverMind to unleash the Bio-Mech armies on mankind. For 15 years, the humans waged a losing war against OverMind's machines, Dr.Power, feeling gilt for the Metal Wars, developed prototype Power-Suit that would change one soldier into a fully armored warrior that could take more punishment than a typical soldier. 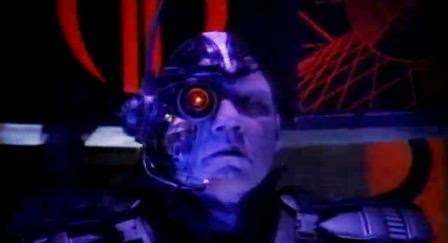 But it was too late. OverMind  been successfully in wiping most of humanity, while  Dr. Power hid away in a mountain stronghold, developing the new Power-Suit technology for a underground resistance movement that was later led by his son. Dr.Power was killed while trying to rescue his son, and Dr. Taggert was wounded. OverMind turned the fallen Taggert into a cryborg, called Lord Dread (HAHA). Some fifteen years later, Captain Johnathan Power leads a small group of five humans equipped with the Power-Suits with a few fighters and a rather cool jumpshuttle on a quest to stop OverMind and rescue as many of the surviving human race, all while looking rad.

The Historical Context of Captain Power 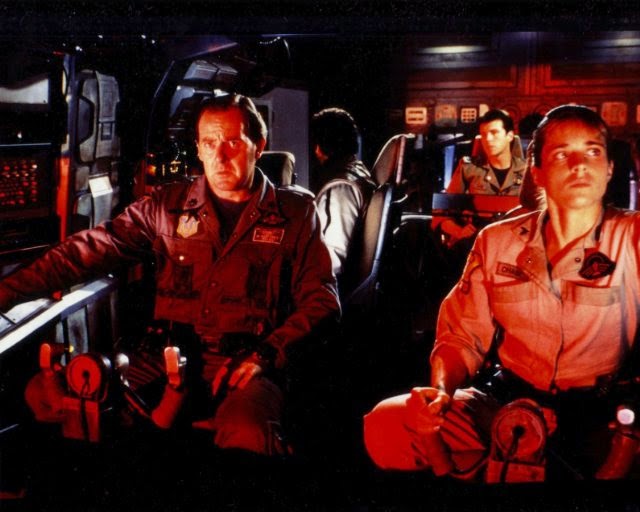 This is a time period I remember well, in 1987 I was 11, and I thought Captain Power was cool because of its tie to The Terminator. At the time Captain Power aired, the children of my generation were obsessed with their NES, and playing Lazer Tag games, while watching really bad post-nuclear wasteland movies, and oddly, Captain Power attempted to tap into all of that, along with the healthy boys toy market with the cutting-edge interactive toys of the series. Also at this time, there were still independent TV stations thhat were outside the big three, and Captain Power was a way for these local stations to have a first run show via syndication, which at the same time, ST: TNG was also successful using the same idea. However, Captain Power was not The Next Generation. 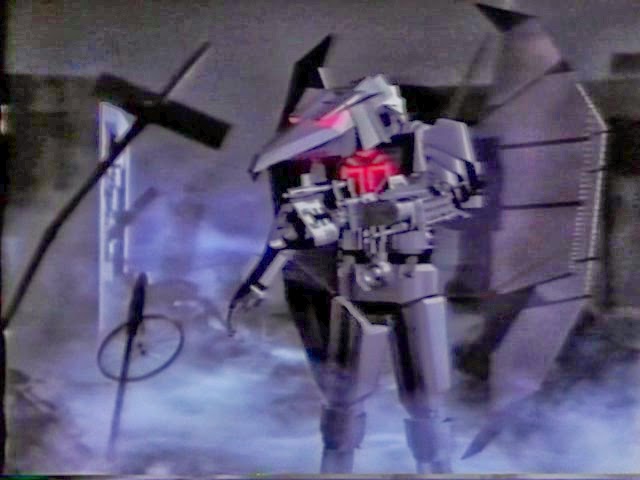 Sounds cool, huh?Well, it wasn't. Despite the creator of the show was also the creator of Babylon 5, the show suffered from terrible writing, dialog, acting, special effects, and a simple lack of understand of military tactics (hello, gold armor, anyone?!). It was like someone took the basic ideas from Terminator and twisted it into a pure mess. It really was a shame, too, Captain Power could have been what the last few Terminator movies should have been, all about the dark future and the desperate war against the machines. As a kid, in 1987, that name and concept of the Metal Wars was so cool, but watching the show today on youtube, it was painfully bad. That's a real shame that the series never lived up to the promise of a live-action dark Terminator future TV show.

2. Cheesy. Captain Power was supposed to work on several levels, were kids and parents could enjoy the same show. Right. If you have seen what the show looked like, and the painfully dialog, then you know why that this failed with parents.

3. Being too violent. One has to remember that in the 1980's, government was concerned with family values (remember the trial of Judes Priest), and having a show with post-apocalyptic soldiers shot at your kid, who had IR gun, scared the morality police. The show was actually used  as a example for the protest over violence in kid's shows. This hurt Captain Power right in the wallet.

4. The toys didn't work. Recently GT4.com tested the Captain Power fighter with the old VHS tape training sessions, and frankly, it just didn't work. That was my experience with the system back in the day, when my friend and I tried to use it. If the gimmick to get kids to buy the expensive toy didn't work, than it is doomed to failure, along with the expensive show.

THE best fan site of the show:
http://www.captainpower.com/