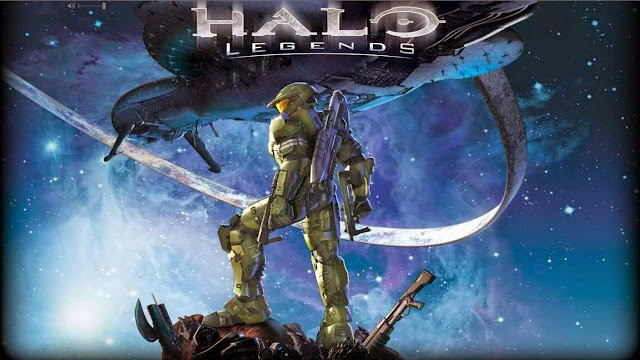 HALO: Legends (ハローの伝説 in Japanese) is the 2010 direct-to-DVD collect of seven Anime shorts. This is the HALO version of the Animatrix from 2003, and was managed by the 343 Industries, a internal division of Bungie. Some of these shorts were official bought into the HALO canon, while others are just for art's sake. 343 Industries stated that they did some initial script ideas for the Anime Studios along with dialog. The success of the Animatrix, and the ability for HALO to exist firmly outside the video game world made this fusion of east/west to seem as nature as peanut butter and jelly. I only wish that the result was as good. FWS has decided to review each short on it's merit, since they were developed by separate studios. 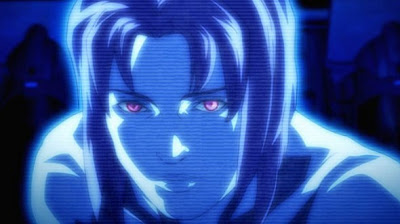 Origins tells the history of the Forerunners, the Flood, the Human/Covenant War from Cortana to the Master Chief while he's in the cryo-unit on board the Forward Onto Dawn after the events HALO 3. For the first time, we get to see the Forerunners, and their war against the Flood, followed by the re-seeding of the worlds after the firing of the HALO installations. What kills this short from being a rather interesting visual history lesson on the HALO universe is not the art, but the narration by Cortana. She goes on and on, about the evils of war, existence, and choices. Frakking Spare me. Her rant gets real old, real quick, and ruins the visuals. This is the only one of the seven that as good art, and the correct voice, but sufferers in their choice to use the history as a springboard for their anti-war speech. Save it hippie! 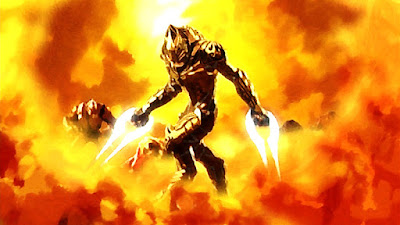 The Dual is done in a watercolor style and is about one of the many Arbiter making a choice not to follow the path of the prophets. He is reject by his elements within the Elite society, and his wife is taking. This results in the Arbiter taking on his enemies in a battle royale. This story was painful to watch, due to it's overly Japanese style to the Elite aliens, including the buildings, dress, and behavior (just try not to wench when the Abiter's wife giggles!). The final battle is pretty great, and made me wish I could have done those attacks in the game. This the plagued by the demons of this entire project: poor execution. 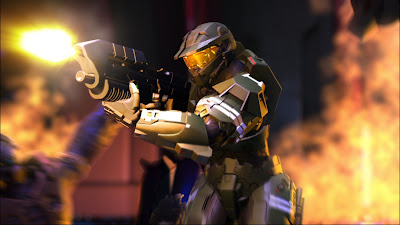 Visually, the CGI of The Package is the most organic with the video game cutscenes, and pops on screen. But it is the end of what makes the Package good. Like a majority of HALO: Legends, they use the wrong gun-sounds, wrong voice talent, and wrong items for the HALO universe. In this short, the Master Chief (voiced by someone else) is sent to rescue Dr. Catherine Halsey, the head of the SPARTAN II program. The all-SPARTANs rescue team is deployed via an odd, tactical unsound, rocket sled, that makes not one wit of damned sense into a large Covenant naval taskforce. The close-quarters combat inside the Covenant cruiser is frankly one of the golden moments on the entire DVD. But quickly ends when Dr. Halsey is revealed. She was born in 2492, which would make her about 52, which she looks in her mid-20's on The Package. After the big battle, the dialog spoken by 117 is downright painfully. Only the combat scenes inside the ship are cool, the rest is filled with stupid ideas that are not HALO. 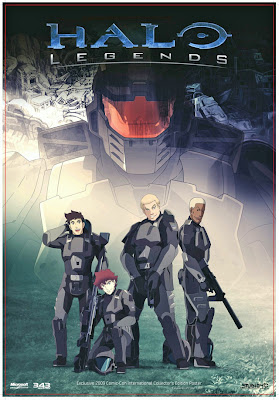 By far, the Babysitter has the best plot, and would make a great mission in a HALO game. It is the muted, messy, animation, and lame-ass dialog ruins any chance of this short being good. My 1996 VHS copy of Ghost in the Shell had better production values than The Babysitter! The plot as a ODST team couple with a SPARTAN-II sniper making a drop to a Covenant world to kill a prophet, turning the entire region into choas. The bitter cold relationship between the ODST and Spartans is explored, especially one ODST sniper that feels he should be tapped to take the shot. This plot remains me of an episode of Space: Above and Beyond, just without the excellent writing and acting. This muddy animation is furthered injured by the lame dialog (seeing a pattern?), the imposing of Japanese elements into the story. My favorite was the Japanese styled alien buildings, the bad ending, and the long blonde hair of the dying Spartan. So, natural the SPARTAN dies protecting the ODST team takes the shot, and wins the day. Lame. 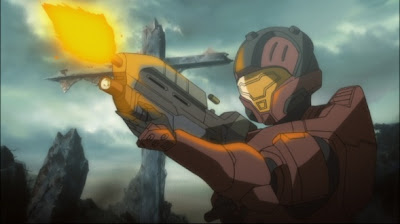 Homecoming is the story of Daisy, one of the Spartan II that follows her life from being abduction to fighting in a ruined city as a full-flegded SPARTAN. A portion of Homecoming is about the children staging a  revolt against the project and Daisy tries to get home, while the flashes back to the battle in a urban warzone. I liked the exploration of the children's thoughts and feeling on being raised to be soldier without their consent, along with the SPARTAN program putting replacing the children with clones. However, once again, bad animation, lame dialog, wrong gun-sounds doomed Homecoming. 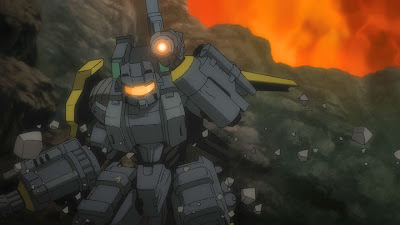 The Prototype is a short about one soldier, holding off an entire Covenant assault force, in a prototype armored power suit. Sounds cool, doesn't it. Well, it kind of is. But, it is very short, and suffers from poor animation, however, it is the only one that I didn't feel like was a waste of my life. 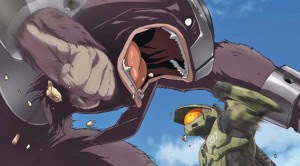 Odd One Out is a lame, tried, badly done attempt at slapstick Japanese-style humor in the HALO universe. This is a waste of time, I only watched only half of it, then moved on. So should you.

Should You Buy It? 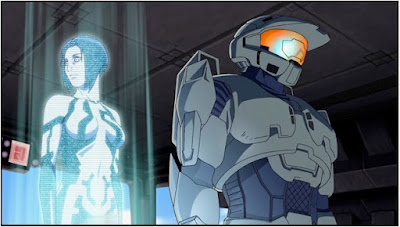 No. That is the simple answer, there is nothing here for the HALO fan. I love HALO, but I hated this, and really honest felt that this was a rare misstep by Bungie and the HALO creative team. To demonstrate how little I thought of this, I traded HALO: Legends for Starship Troopers 3: Marauder. I still stand by my choice.
Posted by William at 16:48