Nigel led the way with this topic, so, I had to answer with my own list.

1. The Spinner from Blade Runner. With most things with Blade Runner, the Syd Mead designed flying police car changed the way the future of the car was shown and thought about it.

2. The M557 Colonial Marines APC from ALIENS. Like the Spinner, the APC changed the way that sci-fi looked at military vehicles.

3. The MFP V8 Interceptor from Mad Max and Road Warrior. The only way to describe this vehicle is pornographic...the noise it made on screen, the raw emotions...then it died...and I cried.
here is a great link to the car's story: http://www.madmaxmovies.com/cars/mad-max-interceptor/index.html 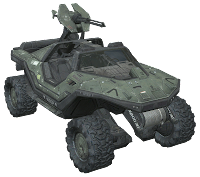 4. The M12 LRV Warthog from the HALO universe. Most military sci-fi does not have Jeep-like military vehicles, but HALO changed that. One of my favorite events in any HALO games was getting to run & gun in this machine. 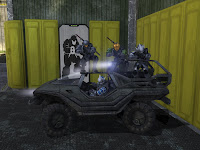 5. The M831 Troop Transport of HALO 3. Some how this warthog reminds me of the Jeep Unlimited....and I am of the firm belief that this can outrun a standard Warthog

6. The REF VR-052 Cyclone from Robotech.
I grew up with this series, and I am not a fan of motorcycles. However, the ability that the Cyclone gives a normal soldier is something. 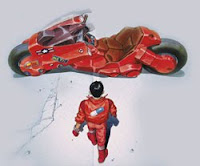 7. The Kaneda Motorscycle from Akira. I am not much for motorcycles, I'll leave that for my uncle, but the Japanese love the motorcycle. This was one of the most original designs, and is thing of beauty. I still don't like Akira though.

8. The G.I. Joe VAMP. I had this toy as a kid, and loved it's futuristic look, later I learned that the toy was based off of the "Rambo-Lambo" LM002. Oddly, the HALO warthog and this the VAMP look alike...hmmm....

9. The Griffon race car from 1988's Bubblegum Crisis anime. This vehicle is close to the Bugatti Veryon supercar (and on my lottery car list), and appeared in a era where high-powered supercars were rare. I'm glad those days are gone.

10. The Mercedes-Benz ML-320 from the The Lost World. There was just something about a civilian luxury SUV retrofitted for heavy duty that gets to me. I used this vehicle in some of my military sci-fi.
Posted by William at 20:05