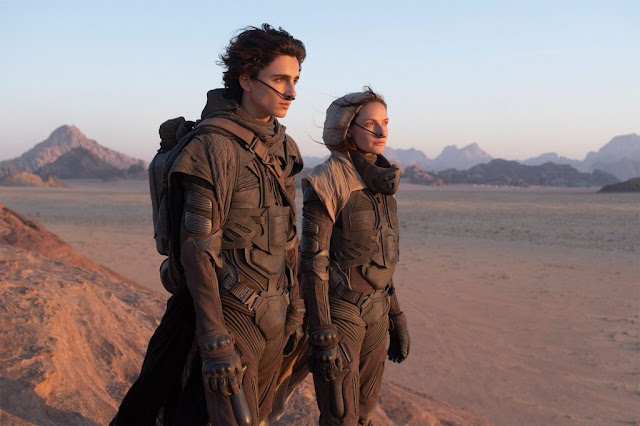 Since 1984, I've been a fan of DUNE. The David Lynch film was released when I was eight, and I was mesmerized by the haunting beauty of DUNE. I was one of those odd kids that bought the toys and collected books and comics about the world of 10,191. When I was a freshmen in high school, I read all of the 6 DUNE novels back-to-back. To this day, I love the novel DUNE and remains my favorite novel of all time. However, my favorite novel of the series is God Emperor of Dune. While there have several attempts at bring DUNE to the small and big screen, only three have been successful and there are high hopes that Denis Villeneuve's is the most well-rounded. While I enjoyed the Sci-Fi Channel miniseries and the David Lynch 1984 epic, I am very hopeful for Denis Villeneuve's 2-part stab at the 1965 classic and given the images that were released this week, my hopes are soaring. Here is my comments on the released images thus far... 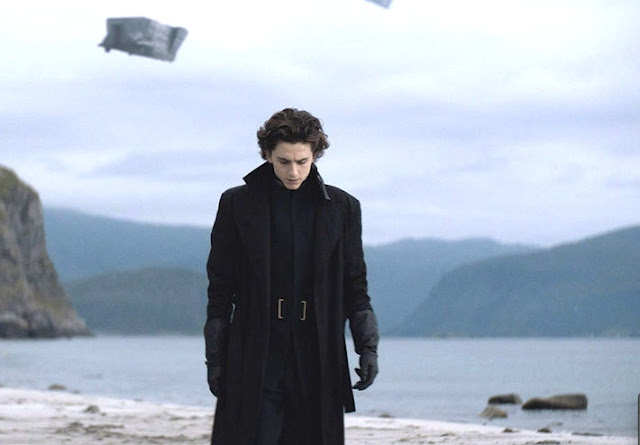 This is the 23 year old actor Timothée Chalamet in his role as Paul Atreides on his homeworld of Caladan, the seat of power for House Atreides. This may be taken during the packing up of House Atreides from Caladan to Arrakis. Love this image and it sets the right tone for the pre-Paul Muad'Dib days. Interestingly, Timothee is one year older than Kyle MacLachlan was when he earned the role as Paul Atreides. 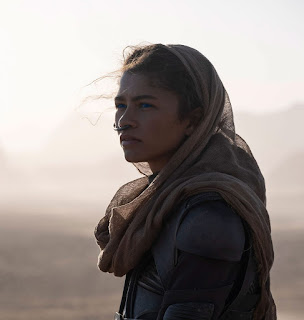 This 23 year old model/singer Zendaya as Chani and while I do not know who she is, and I am impressed by the image. She has the right look as Chani. Hoping for big things from her in one of the most vital characters in Paul's life. 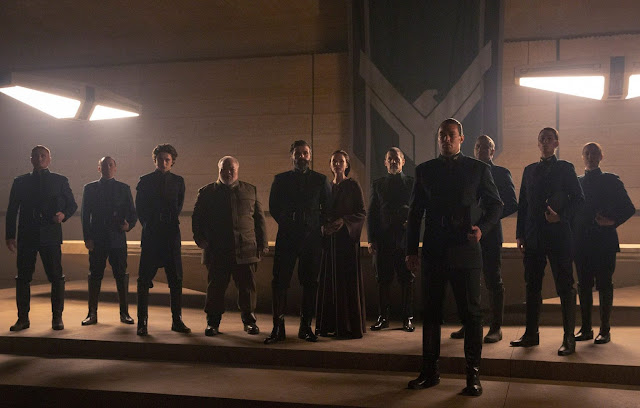 This is a group shot of the House Atreides main players and the photo is too dark to see much... 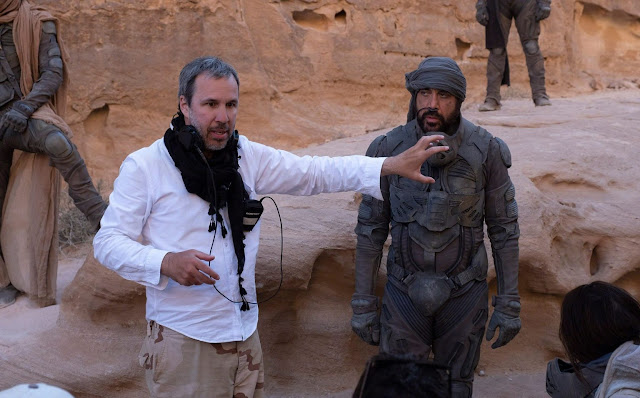 Here is the man himself, Director Denis Villeneuve with one of the best actors working today, Javier Bardem, in his stillsuit as the leader Silgar. Excited by this casting decision. Bardem was wonderful in Skyfall. 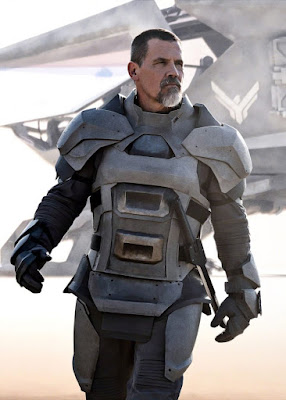 Here is Josh Brolin as Gurney Halleck, one of the key teachers to Paul and man with a heavy past. While I like Brolin in some roles, I will be waiting to see if he can pull off the complexity of Gurney. Oddly, Bardem and Brolin were in No Country for Old Men. What is seen in this shot, is the knife and armor of the House Atreides. Due to DUNE being set in a feudal style of government across the known universe, I image the decision was give the warriors of the Great Houses armor, like European Knights. While this is okay, it is dangerously close to the horror show that the costumes for the Sci-Fi Channel miniseries was... 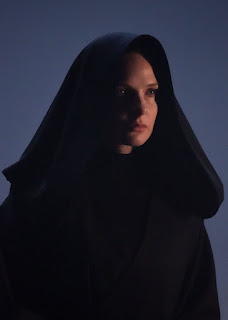 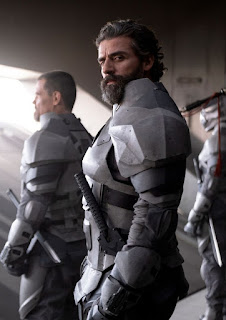 Here is former X-Wing pilot Oscar Isaac in the role of the great
Duke Leto Atreides and Rebecca Ferguson as Lady Jessica Atreides. There needs to be solid chemistry between this two to pull of a grand and deep love that altered the Known Universe and the development of the human race. 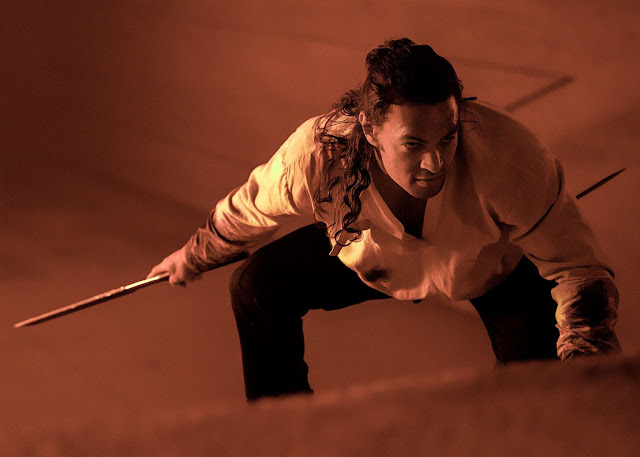 Here is the role that I very hopeful about due to the skill and intensity of  Jason Mamoa. Duncan Idaho is important figure in the DUNE universe and lives on for thousands of years after his death defending the Lady Jessica and the young Duke Paul. 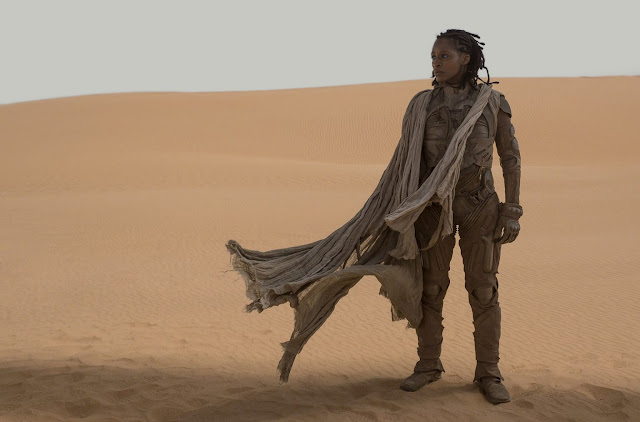 Here is Sharon Duncan-Brewster as the Judge of the Change and the Imperial planetologist/ecologist of Arrakis Liet Kynes. He was also the secret leader of the Fremen people on the DL. While gender-switching is commonplace in works today, like Starbuck being a women in BSG, some of the elements of Fremen culture and the role of women makes this odd, unless, they've altered elements of that as well. I will wait to see how this will work.