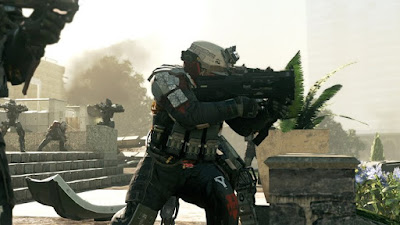 It is May, and it is time for shopping for your new bikini, new flip flops, and your next installment of Call of Duty. This time, Infinity Ward is up to the plate with their next entry into the COD universe: Infinite Warfare. This pushes the story and setting of COD into outer space and further into the future! We know very little of the story of COD: IW, and I do not believe that is connected to COD:AW or COD: Ghosts. From what little has been revealed in the teaser material and the dropped trailer, some organization called "the Settlement Defense Front" has attacked Earth from space in a devastating Pearl Harbor/September 11th style surprise attack. Millions are death, and Earth has responsed with an out-all assault on the Settlement Defense Front. 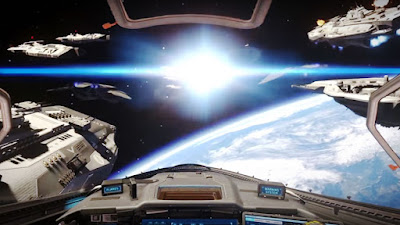 We see in the trailer tons of tactical transports loaded with futuristic warfighters, weapons, mecha, and war-bots. We also see Earth forces launching into orbit to strike at the SDF(!) forces in Earth orbit. In November, we will get to see if the Call of Duty franchise can go boldly out there without alienating long-time fans of the shooter games. To sweeten the pot, the original COD 4: Modern Warfare is being remastered for this generation. Like or not, COD has been pushing the bulk of military sci-fi shooter games for awhile now and maybe we will get something that generates a series of games and not just a stand alone game like Ghosts and AW. Given the history of the single-player campaigns for COD, I will not be buying this at full price in November. 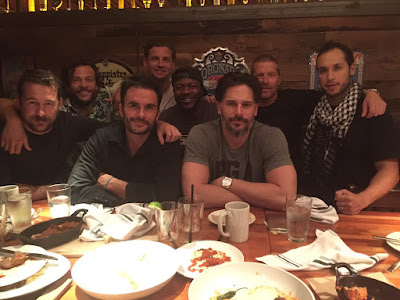 History Channel has been teasing their new military show centered on NAVSPECWAR: DEVGRU or SEAL Team Six for awhile now (January), but was during a recent Vikings episode we started to see the teaser of the show, and this has left me wondering about the future of SIX. Will we see something like Vikings, 24, or will it be more like CBS's The Unit or NBC's E-Ring? Mainstream American television has had issues with airing shows about the military. While there is M*A*S*H, it there are a number of other military-themed shows that have not lasted or not fulfilled on their promise. 24 was good for two seasons then dipped into bullshit territory for much of its run. CBS's The Unit was always half-baked, causing it not to be compelling or an accurate depiction of life in the ranks of the US Army' DELTA Force. But, its heart was the right place, and maybe SIX will pick up where The Unit left off. From the limited information, SIX will follow door-kickers from DEVGRU and their families as these sailors track down evildoers in A-Stan and back here in the USA during an 2014 mission that reveals hidden roots of terrorism in the US. There are some heavyweights behind the show as well in front of the camera, and the 8 part first season could be the right way to go with the episodes being more laser-focused on the core story rather than trying to fill an entire season with stories, as The Unit ran into. History Channel and SIX's production staff is promising a great deal with this show...FWS will be watching for it.
Posted by William at 18:18