FWS News Flash: A Great Honor has been given to FWS... 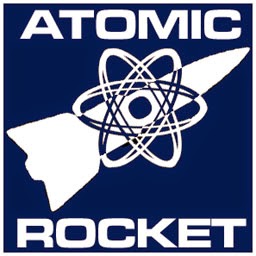 I received an email today from one of the great space travel science website of all time: Atomic Rockets, and they have given one of the greatest honors ever besotted to my little military sci-fi blog. The website's creator Winchell Chung used FWS along with dozens of other resources, to created a new "space-based military" section on Atomic Rockets called "Astromilitary", and mentions FWS and myself several time, and even cites several of the more well viewed blogposts here on FWS. This is truly an honor that I cannot fully express in written language. Even to be mentioned by Atomic Rockets is an honor, after all it is one hell of impressive site and one of the best resources on the internet. Hell, I used it to resource sections of my book Endangered Species, I consult it many times for the various blogposts on FWS, and I will continue to use it for the foreseeable future. I expressed my gratefulness to Mr. Chung, and called my wife. Four years ago, I established FWS with two intentions: to be a resources for military sci-fi creators and to help me get published. I am very proud of the work done on FWS, and grateful that it is being used for the intended purpose. I also want to thank everyone who reads FWS...you made this happen!
Alright...back to work on Special Forces Pt. II!
Here is the link:
http://www.projectrho.com/public_html/rocket/astromilitary.php
Posted by William at 10:58