FWS Topics: The Background Information of AFTER EARTH (2013) 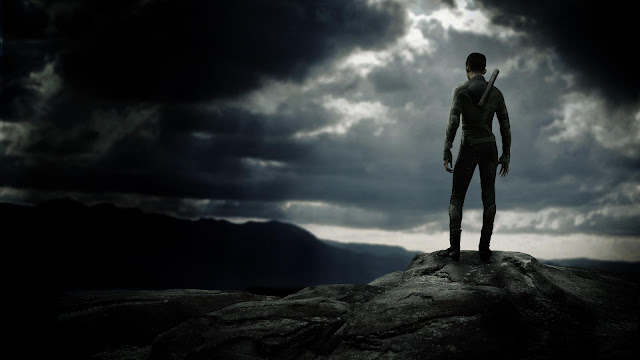 As a sci-fi writers, I've always been interested in the backstory and/or history of the fictional worlds that are created. Recently, I've become interested in the backstory to the Will Smith's big 2013 summer sci-fi epic After Earth, and I thought FWS would devoted a small blogpost to this interesting world that has already been expanded upon prior to the film's June 7 release data...and Will Smith didn't give me any cash for this. My only worry about the film is the director, M. Night Shayamalan. His track record is not good lately, and there better not be any mind-fuck ending that this is all some dream, or Will Smith playing Legos with his kid! I have to say, this world looks interesting, and the movie could work...could. Here some interesting elements of the world of After Earth. 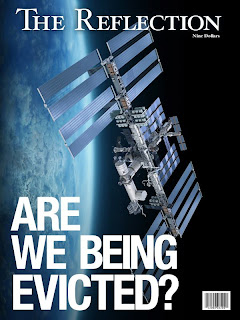 In 2025, Earth is on a crash-course to environmental collapse, and  it appears that off-world colonization is the only answer. The original plan was for ten 'Ark' FTL colony vessels would take 125,000 each to the new homeworld of humanity. However, conditions on Terra collapsed at a much faster rate than predicted and only six could be completed, cutting down the 1.25 million that would make the trip, to 750,000, which works out to 0.0000625% of the entire human population. I would have originally believed that the Ark FTL Colony ships were designed to freeze the 125,000 guests, but it seems from the art, that these were 'live-in' modules, complete with spinning sections, and Earth-like green zones. What information we have does not detail how Nova Prime was discovered, or if the ships were launched prior to discover. 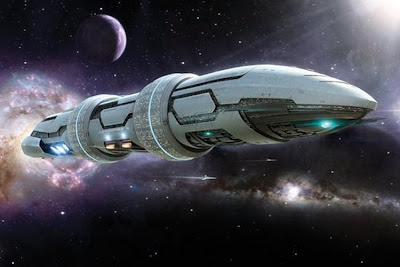 It seems that the fate of humanity was helped by the Viktor Radoslav and the 1908 Tunguska Event and that led to the Light-Stream FTL drive system. Yep, After Earth and the exodus of humanity were helped by an crash alien spacecraft in 1908, and Will Smith's Polish ancestors(!) helped further the technology from 1908 through the mid-21st century. It seems that this alien craft, called 'Ventraya'. In 1938, the Radoslav family leaves Poland to the USA, and changes their name to Raige. This alien technology would help fuel the United States military-industrial complex, and even the Moon Landings. By the time, the Light-Stream interplanetary FTL drive was being fully developed, Earth was on a downward slide, and while the environment and society collapses, the massive Light-Stream-equipped Ark starships were under construction in secret.News breaks about the limited number of people that can join the colonial effort, and only six Arks are able to leave orbit.

Nova Prime and the battle to keep our new home 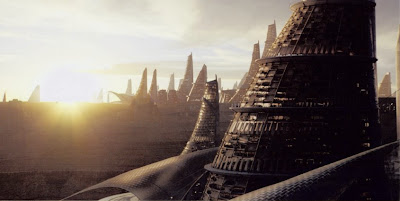 In 2066, six Ark colonial vessels leave Terra bound for Nova Prime, that lays 100 years away at FTL speed. Around 2166, the ships find and begin colonizing Nova Prime. 143 years after the founding of the colony, the Nova Prime settlers met the Skrel. According to this alien race, Nova Prime was holy ground to them, and the humans were defacing it. War soon came, and the Skrel believed they could easily win against the remains of mankind, but they thought wrong. Attacks came and went, and the human colony on holy ground remained. In 576 AE, the Skrel released an genetic engineered species, called the Ursa. 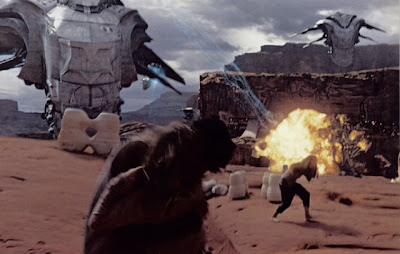 They were hunters of humans, using the fear pheromones of their prey to stalk them and kill them. All seemed lost until Ranger Cypher Raige (Will Smith) develops the mental discipline tactic of 'Ghosting', where Rangers control their fear and appear invisible to the Ursa. This tactic possessed by only seven 'Ghost 'Rangers allowed for humans to tip the balance back in their favor, but these Rangers are nearly alien themselves. It seems that for the time being, the Skrel are unable to use their bio-weapon. It was not only the aliens we had to worry about, but also division within the new human society, where various groups, including the Rangers battled for control. The answer was a three-branch government composed of the Rangers, the Savant, and the Primus. 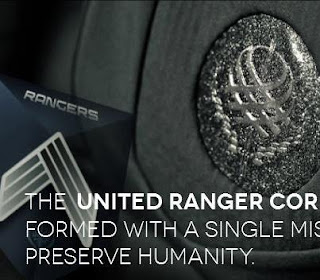 Original developed by the UN during the days prior to the Ark ships leaving, these 1,000 handpicked best-of-the-best from each nation were used to control the violent natural outbreaks from the dying world. These were elite team of first responsers that helped save thousands and left with the Ark ships in 2066. Once the new colony was established on Nova Prime, the Rangers became the military of the new society, and over a thousand years of traditions and alien wars, the Rangers are the solution fro preserving humanity.
The C-40 'Cutlass' Combat Model 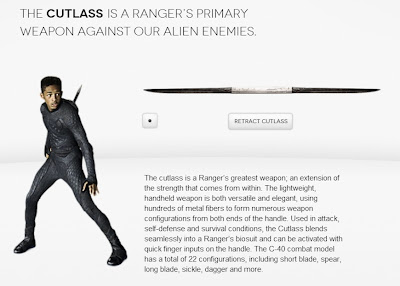 Unlike the incoming Oblivion, Will Smith and son do not seem use any type of KE or DE weapon system, but favor an oddball bladed weapon, called a 'cutlass'. This C-40 Cutless combat model appears to be the favored weapon of the Ranger Corps, and appears to have been used against the Ursa, the bio-weapon of the Skrel aliens.This weapon is composed of hundreds of metal fibers that transform based on the need of the user, and blends with the Life-Suit user. It seems that the Skrel must use bladed or close-quarters weaponry, or that the combat Cutlass is highly effectiveness against the Ursa...I'd still want a gun, though, or a Phase Plasma Rifle in a 40 Mega-Watt range. and this weapon reminds me of the Force-Lance from Andromeda. 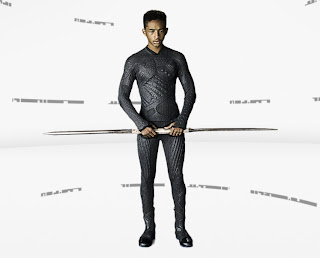 According to the After Earth entry on Facebook, the Life-Suit worn by the Ranger Corps is able to adapt to weather and environmental conditions, offers protections, and can change color and texture based on the local conditions. There is a few seconds of footage of the Life-Suit having 'Flying Squirrel' suit abilities. At the moment, I'm unsure if the Life-Suit is standard combat issue, or if it drawn out for hazard, off-world duty, or even if  it is part of the life-pod equipment. No word if it recycles sweat and urine for drinking water. 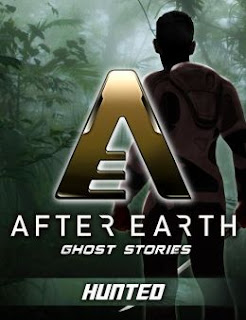 Ahead of the movie release in June, the studio has released a series of short stories detailing the history of the war with the aliens, the development of the Nova Prime society, and the Ghosts. These are available for download on Amazon for  a good price. Plus, there is a one-shot comic called After Earth: Innocence by Del Rey Books/Dynamite Comics. This tells the story of the divided human colony and the first assaults by the aliens. I might read the short stories.