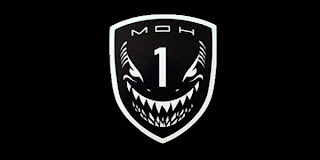 The official announcement trailer dropped yesterday for the next installment of the modern warfare rebooted of the Medal of Honor. Unlike the original 2010 game, which was set during Operation Anaconda, warfighter is a current global stage for international Tier-One operators (like SAS, Germany's KAK, the Polish GROM) fighting a counter terrorist black op against evildoers using the explosive PETN. Danger Close Games is bring back two of the DEVGRU operators from the first game, Mother and Preacher, and developing Preacher's home life as part of the overall story of the game. This game had over two dozen real Tier-One operators advising the story and 'feel' of this new game. In my own opinion, one of the Special Forces advisers, is mostly likely former DELTA Commander and military author Dalton Fury (his nom de plume, no OPSEC violation).
From comments by the head of Danger Close, Greg Goodrich, Warfighter will continue the diehard authentic look using these real Tier-One operators to shape the story, and the new Frostbite 2 engine to power it, and it seems that they have listened to the gamers, the online multiplayer will be developed by Danger Close, instead of DICE's Battlefield.  The game drops on October 23, 2012.
On a personal note, the 2010 Medal of Honor game is my favorite military shooter, and one of the best works on real-life Tier-One operations, my hope is that this one lives up to the standard of the first, and is not some sort of SOCOM-like game.

I know that Mass Effect 3 game has dropped, and this trailer is more than two weeks old, but this most impressive military sci-fi trailer. Enjoy!

The helm of the HALO ship is now under 343 Industries, and they are embarking on another trilogy, and this new trailer shows 343 Industries hard at work on HALO 4. This new game is going to be major visual upgrade to HALO 3, and mostly likely that HALO 5 or 6 will be one of the flagship games on the third Xbox consoles. It seems that the latter portion of 2012 is going to be an expensive time of year of for me.