You make the Call!

For your direct democracy consideration is Beachhead and HALO: Frontlines 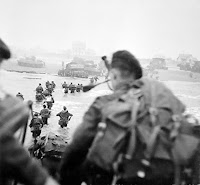 Beachhead is the 12 part serial that looks at the last planetary battlefront in a long war between two human governments. The parts of the serial will examine the war for the planet Janus from different points-of-view. The story is a combination of KILLZONE, HALO, the Normandy Invasion of 1944, and the Pacific Campaign. I have already written several parts and it much grander in scale than CUSTOM. 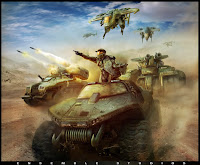 HALO: Frontlines is the 10 part serial that is set during the Human/Covenant War, written from the different human points-of-view. The serial would span the war from Pelican pilots, SPARTANs, ODST Edward Buck, to more with everyone's favorite "hyper-lethal" SPARTAN-III, Noble Six. Several parts of this fan-fiction serial are under way, and it has been a real joy to write.


So, you, the reader of FWS get to make the call on how I spend my free time, either on the frontlines against the Covenant or on the beaches fighting against fellow humans.